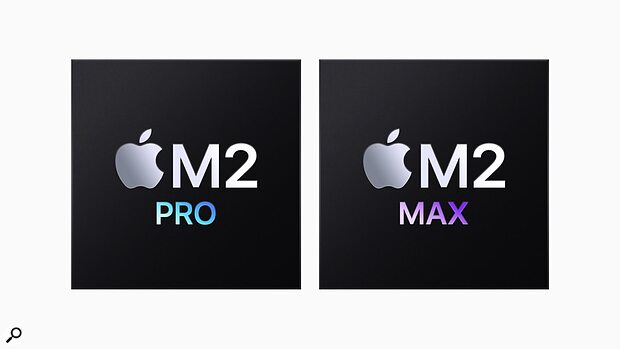 Apple have announced the latest two chips joining their expanding line-up, the M2 Pro and M2 Max. The M2 Pro offers up to 12-core CPU and 19-core GPU options alongside a maximum 32GB of unified memory, whilst the M2 Max can provide up to a 38-core GPU and 96GB of unified memory, the latter of which boasts twice the bandwidth as its Pro counterpart.

Along with the announcement of the new chips, Apple have revealed the latest version of the Mac mini, which can now be purchased in both M2 and M2 Pro versions. This update brings with it a range of performance increases and expanded connectivity when compared to previous models.

Both of the new models also offer a pair of USB-A ports, an HDMI port, Gigabit Ethernet (with a 10GB option available as an upgrade), and a 3.5mm mini-jack headphone output capable of driving high impedance headphones. In terms of wireless connectivity, Wi-Fi 6E and Bluetooth 5.3 are supported by both machines.

Best of all, the new machines are more affordable than their predecessors, with the new Mac mini base model now starting at $599£649 including VAT. They will be available in Apple stores from 24 January 2023.

Apple’s 14- and 16-inch MacBook Pro models also benefit from the introduction of the new Apple Silicon processors, and are now available with a choice of either the M2 Pro or M2 Max chip. Apple say that this allows the machines to perform up to six times faster than Intel-based models when carrying out demanding tasks, such as effects rendering. 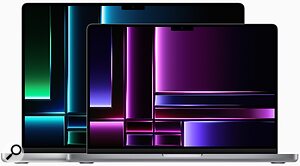 The M2 Pro and M2 Max chips make the latest 14- and 16-inch MacBook Pros Apple's most powerful laptops to date.The larger GPU featured in the M2 Max promises a 30 percent increase in graphics performance when compared to the M1 Max, whilst the 12-core CPU boasts a performance increase of 20 percent. Thanks to the GPU enhancements and support for the latest HDMI specifications, an M2 Max-equipped laptop is able to run 8K displays with refresh rates up to 60Hz, and 4K displays up to an impressive 240Hz.

As well as the performance increases, the efficiency of the new processors also means that the machines are able to offer a longer battery life. Apple claim that testing of pre-production models revealed that the 16-inch version is capable of providing up to 22 hours on a single charge.

Both of the MacBook Pros are equipped with three Thunderbolt 4 ports, an HDMI port, an SDXC card slot, plus a high-quality 3.5mm mini-jack headphone output. Once again, the latest Wi-Fi 6E wireless technology is present, and power is taken care of by a MagSafe connector.