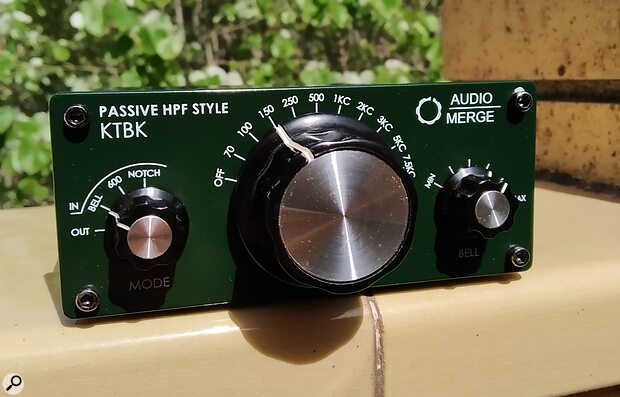 Spanish start-up Audio Merge have created the KTBK Variable High Pass Filter, designed as a replica of a vintage 1960s Altec 9069B equaliser. The King Tubby Big Knob (KTBK) filter was built as a precise replica of the Altec, with adaptations made for modern production such as impedance matching, mode selection and resonance control. 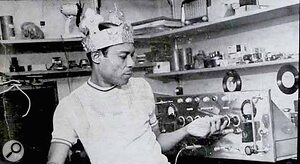 King Tubby is considered a true pioneer of dub music and his experimentation with an MCI console and Altec filter, along with spring reverbs and delays, led to the creation of his signature style. The Altec 9069B featured as a large red knob at the top-right of the MCI, hence the name ‘Big Knob’. This became a secret weapon in Tubby’s remixes, adding sonic character through its discrete filter steps, phasing effects and various clicks and crunches.

Started as a crowdfunded project in their home city of Barcelona, Audio Merge was founded in 2021 by chief designer Arnau Muñoz and engineer Xavi Lizarraga. Finding components to create a hardware clone of the Altec 9069B’s entirely passive circuit proved difficult, so they had to hand build their own multitap coils manually from scratch.

The culmination of testing and research has led this small company to building the KTBK Filter, a replica of the Altec 9069B with some modern accoutrements. Aside from the 10-step frequency selection knob in the centre, the device features a mode control for changing the filter’s behaviour and a resonance control. The cutoff frequencies have been finely tuned using reverse-engineering techniques and then validated through DSP to compare to the original unit. You can hear the KTBK in action on the brand's 2021 LP Audio Merge in Dub.

Due to the handmade nature of the KTBK, numbers are extremely limited, although Audio Merge have managed to build and sell over 100 units worldwide so far. A new batch is set to be available in October, and the company expect to optimise production over the coming year. The KTBK Filter is priced at €503, and those interested are able to join the waiting list via the Audio Merge website, which also contains more information about its development and use.