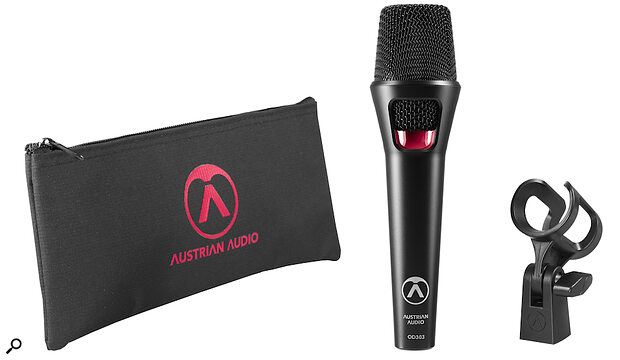 Austrian Audio have announced the OD303, a new dynamic vocal microphone that aims to deliver their signature sound and performance at a lower price point. Describing the microphone's voicing as “well-balanced and open”, the manufacturer says that the sound of the OD303 is unparalleled at its price point.

Featuring a durable die-cast housing the microphone has been designed to withstand daily use in rehearsal rooms and stand up to the wear and tear of being used on the road. As with other microphones in Austrian Audio’s range the OD303 incorporates their Open Acoustic technology, delivering a supercardioid polar pattern that is consistent across a wide frequency range and demonstrates excellent feedback stability.

The design helps to maintain a consistent sound and ensures that the microphone only exhibits minimal tonal differences and feedback performance when being held close to the grille. A proprietary 3D Pop Noise Diffuser developed by Austrian Audio surrounds the capsule, helping to reduce plosive noise.