Austrian Audio take to the stage Skip to main content

Austrian Audio take to the stage 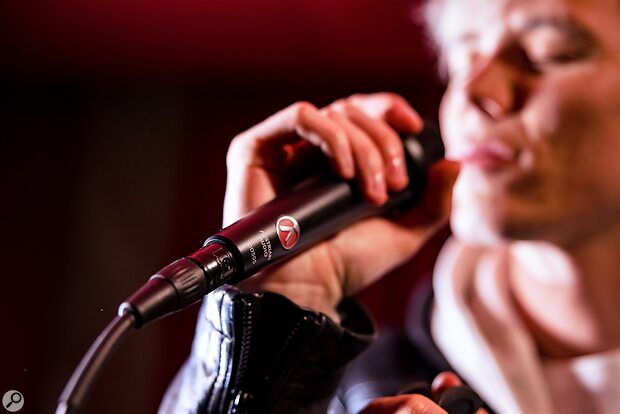 Austrian Audio have just released their first ever stage microphones. The OD505 and OC707 are both handheld vocal mics, the former a supercardioid moving-coil microphone, and the latter a cardioid capacitor design.

Unusually for a dynamic stage mic, the OD505 is an active design, meaning it incorporates its own preamp circuitry and requires phantom power to operate. The active stage apparently gives it a sensitivity comparable with that of a capacitor mic, but with the ruggedness associated with a dynamic. 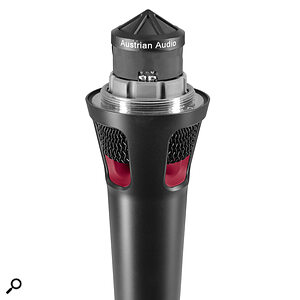 Most intriguingly, the OD505 employs not one but two capsules: a forward-facing one (which feeds the active circuitry) and another passive capsule pointing backwards. The rear-firing capsule is polarity-inverted so that it “senses and eliminates unwanted handling noise”. If, as that description suggests, there's some form of crossover between the two capsules, or low-pass filtering on the lower capsule, then the arrangement would appear to be similar to that found in AKG's classic (and excellent) dual-diaphragm mics like the D202 and D224. AA's Viennese heritage certainly lends weight to the theory...

Other features include a switchable high-pass filter (a second-order type with a 120Hz turnover frequency), and something called Open Acoustics Technology — a capsule mounting system that minimises contact between the capsule and its housing, thus eliminating resonances and resulting in a “pristine, natural sound”. 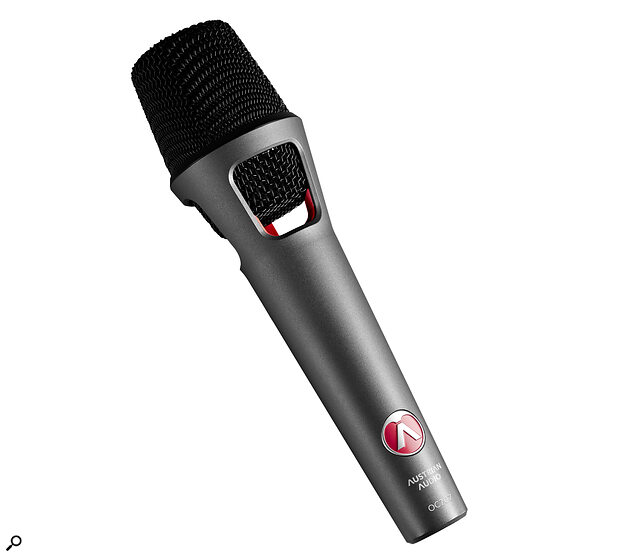 The OC707 is a more conventional stage vocal capacitor mic, though it too employs AA's Open Acoustics Technology, and also sports a switchable high-pass filter. It's based around a small-diaphragm capacitor capsule, and is said by AA to offer “all the important characteristics of a studio mic” while being able to withstand life on the road.

The OD505 and OC707 are available to buy in the UK now (though US customers will have to wait a few weeks), and are priced at £229 and £359 respectively. We'll be bringing you an in-depth review in due course!