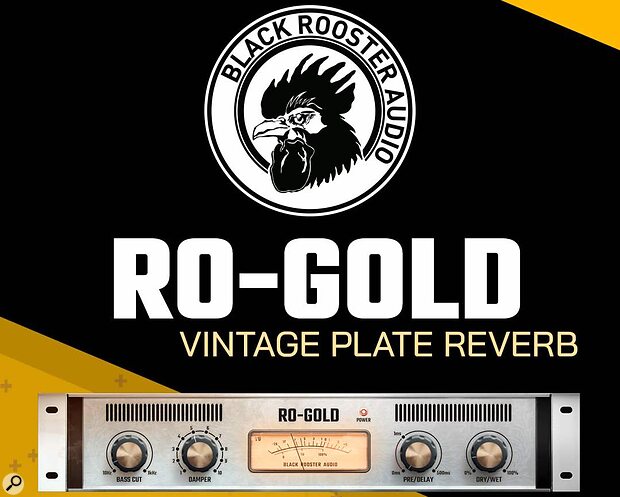 Black Rooster Audio specialise in creating software emulations of vintage audio hardware, and are offering their latest release, RO-GOLD, to all users for free! The plug-in is modelled after a classic EMT 140 plate reverb unit, but utilises the company's simulation techniques to emulate the sound of a plate made from 24k gold.

RO-GOLD features a simple, intuitive interface that presents users with just four controls. A Bass Cut parameter applies a high-pass filter which is variable between 10Hz and 1kHz, whilst a Damper control offers ten damper positions, which have been placed after the reverb emulation to allow users to modulate the plug-in’s reverb tails with DAW automation.

The Pre/Delay setting provides pre-delay values between 0 and 500 ms, and a Dry/Wet control is present to allow further control when using the plug-in as an insert effect on a single channel rather than as a send/return effect. Lastly, a central VU meter provides visual feedback on the plug-in’s reverb signal level.

The plug-in is available in the AAX, AU and VST formats, and is supported on Windows 7 or later, as well as macOS 10.9 or later. More information, along with audio and video demos can be found on the Black Rooster website.