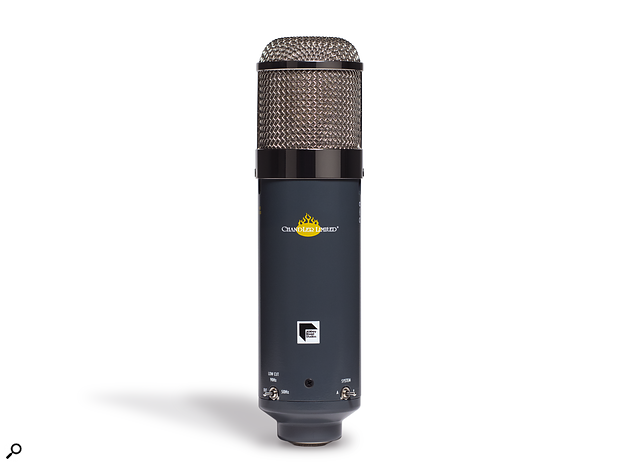 One of the most interesting products not at the recent AES Convention is the TG Microphone from Chandler Limited. Having already created a tube REDD Microphone based on the classic gear of Abbey Road, Chandler Limited deepen their connection with the iconic recording complex with the TG Microphone. The only company authorised to develop, manufacture and market official Abbey Road equipment, Chandler have created a solid-state, large-diaphragm mic with variable EQ curves giving you masses of tonal options. The mic takes functions from the legendary EMI TG12410 mastering console such as an integral tape equaliser originally used for playing back tape of differing standards. It also sports a ‘Dual Tone’ voicing system  where system A is has the classic mid forward, open 'TG sound’, while system B is capable of taking extreme SPLs — which begs comparisons to Neumann's FET47.

As well as the FET47, the TG microphone has the flexibility, say its makers, to sound like a vintage AKG C414eb as well as other classic Neumann models. The switchable low-cut filter (which can roll over at 50 or 90Hz) is intended to act as an additional modifier to the tape equaliserʼs settings — in addition to cutting out low-end rumble — extending the TG Microphoneʼs ability to adapt to various sources.

One other thing that sets the TG Microphone apart from other similar mics is the fact that it has its own power supply. Solid state condenser mics usually operate using phantom power, but as Chandler’s Chief Designer Wade Goeke explains, it’s used for its sonic benefits. "I and other engineers," says Goeke, "have often thought of phantom power as a compromise. It is low current and low voltage when compared to tube mics and is not capable of powering high fidelity circuits that could allow a solid-state mic to compete with a tube design. To me this is why solid-state mics often have a smaller and more 'pinched' sound. Using an external PSU has allowed us to bypass what we consider all the drawbacks of a solid-state mic design and deliver a microphone that can compete with any topology."

Available now, the Chandler Limited TG Microphone has a street price of $1,849 which is under half the price of a new Neumann U47 FET.