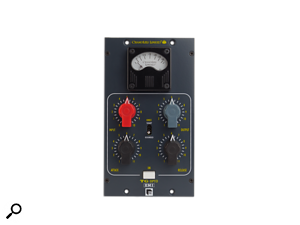 The fruitful ongoing partnership between Chandler Limited and Abbey Road Studios has yielded a string of highly desirable outboard processors, making the classic sound of the EMI designs used to record The Beatles and Pink Floyd available once more — to those who can afford it, at least. Now Chandler and Abbey Road have released two new 500-series processors that make these sought-after sounds a little more attainable. 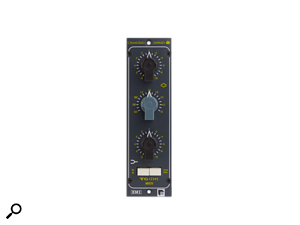 Joining the existing TG2-500 preamp in the EMI/Abbey Road lunchbox range, the new modules are the TG Opto Compressor and the TG12345 MkIV EQ. Put all three together, and you effectively have a complete EMI TG12345 console channel in a 500-series rack. The dual-width TG Opto Compressor borrows from the full-size TG1 Limiter and Zener Limiter units, providing a single channel of versatile compression with continuous input level, output level/make-up gain, attack and release controls, a sharp/rounded knee switch and a true-bypass in/out switch. Meanwhile, the TG12345 MkIV EQ is a single-slot, mono equalizer that, true to the original console, provides just two bands. The presence and bass bands both feature continuous cut/boost controls, but while the bass band is a shelving filter switchable to either 90 or 150 Hz, the presence band offers the choice of seven bell-curve filters ranging from 500Hz to 6.5kHz, a high shelf at 10kHz or can be switched off entirely. The two new modules are set for release this winter, priced at £1195$1195 for the TG Opto Compressor and £1095$1095 for the TG12345 MkIV EQ.