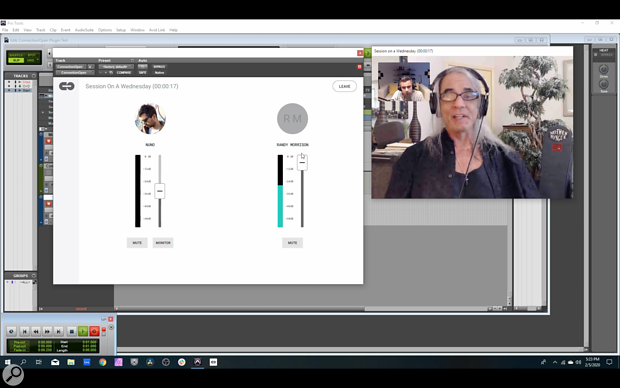 Self-isolation can be a lonely experience, especially for musicians who are used to collaborating with other players — but a new piece of software called ConnectionOpen, described by its makers as "Skype for pro audio", could change all that, by allowing users to record each other over the Web, with no loss in quality.

ConnectionOpen comes in two forms: a standalone version that looks and feels much like any video chat app, with a video window and audio recording, or a plug-in version (VST, AU, AAX), which runs inside your DAW and pipes the audio from the remote user directly into one of your tracks.

There's not much else to say about it — it looks like a simple but very effective way to pipe distant musicians into your own projects! Latency may preclude real-time jamming, but with a little lateral thinking (and manual nudging of audio clips), it looks like it would be just the ticket for getting a remote musician to play on one of your recordings, or indeed producing a natural, 'face to face' style podcast over long distances.

Watch the video below to see it being used in practice.