Published 29/10/07
Steinberg announce free update for Cubase 4 users
Following calls from Cubase's user base, Steinberg have released version 4.1 of the DAW application as a free update to users who already own version 4. 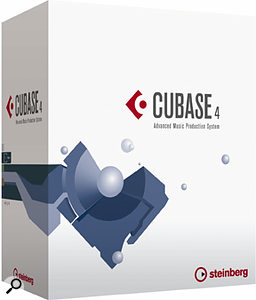 Some significant changes to the software have been made, including redesigning the sample editor, a process that Steinberg say now makes editing, stretching and manipulating audio easier. Users can now route side-chains to some of Cubase's VST3 plug-ins, and routing flexibility has been improved, making setting up stem mixes, for example, more straightforward.

Cubase's Play Order Track — a handy tool when experimenting with song arrangements — has been replaced by what's called the Arranger track, which offers live performance features that the Play Order Track did not have.

For all the details of improvements in Cubase v4.1, and to download the free update, click here.