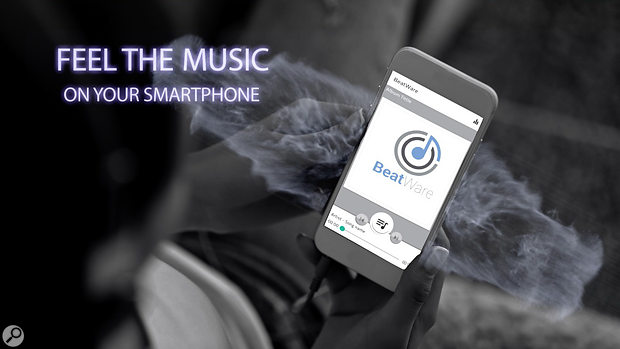 UK smart TV developers playAlong have released an app that turns your phone into a haptic feedback device for music. The app called BeatWare is a music player that uses patent pending Haptic (sense of touch) driver technology to give you a physical experience by using your smartphone. The idea behind the app is to create high-definition Haptic sensations that are in sync with your music.

The app is available on the Google Play store and Apple App Store, but — at least on the Apple side — you'll need at least an iPhone 7 to take advantage of the app.

"Now you can feel the bass, treble & beats of your favourite song on your smartphone. We created BeatWare to enhance your music experience, it’s so good once you try it, you will never be able to listen to music without it” claims the press release.

The music player imports and organises your music library into an easy to use UI with search and the minimalist interface lets you start playing Haptic enhanced music in just two click, claim its makers.

It remains to be seen whether the technology will be ported for music production purposes — to create something like a SubPac in a smartphone — but it doesn’t seem beyond the realms of possibility.