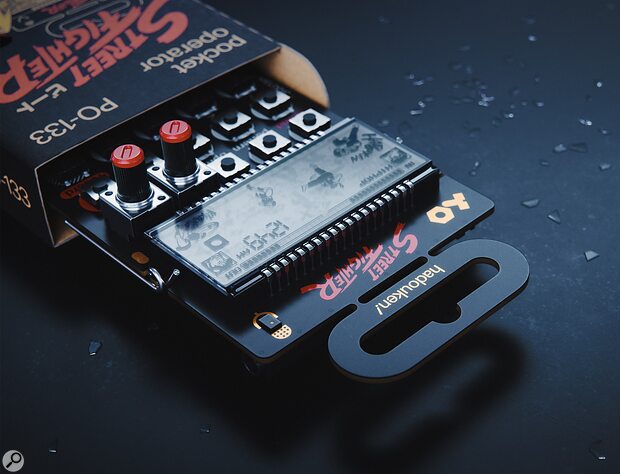 Readers of a certain age will have fond memories of the Capcom series of console games. Sounds like 'Hadouken!', 'Sonic Flame' and 'Yoga Fire' trigger serious nostalgia among the generation brought up on 8-bit video-game consoles, and now you can trigger those sounds yourself, thanks to Teenage Engineering's new additions to the Pocket Operator range.

The PO Capcom Series are a new duo of micro-instruments, each of which comes pre-loaded with a set of sounds and animations from an iconic Capcom game.

Like previous Pocket Operators, these follow the 'broken calculator' aesthetic, feature mini-jack inputs and outputs, have built-in speakers, and run on two AAA batteries. In keeping with their 'fun' nature, they're cheerfully priced too, at just £85 a piece. The Street Fighter PO is available now, with the Mega Man edition due to go on sale in December.