Tributes have been paid by the music community around the world to American composer and pianist Harold Budd, often cited as one of the founding fathers of ambient, who died from complications of Covid-19 following an earlier stroke in November.

Graduating from the University of Southern California, in 1966, he wrote a number of minimalist pieces before taking a teaching position at the California Institute of Arts in 1970 and released his first studio album, The Oak Of The Golden Dreams / Coeur D’Orr, that same year.

In 1972 he began to work on a number of pieces that would make up the 1978 Brian Eno-produced album The Pavilion Of Dreams. This seminal album brought his music to the attention of an international audience. Budd described it as “the birth of myself as a serious artist” in a 2014 interview with The Guardian newspaper. 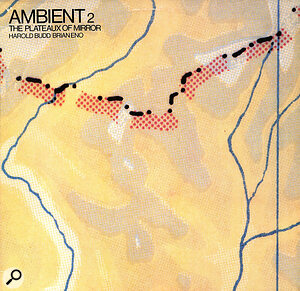 Budd continued to work with Eno releasing Ambient 2: The Plateaux Of Mirror and 1984's The Pearl, as well as many solo albums. He also struck up relationships with several rock musicians such as Jah Wobble, John Foxx and Bill Nelson.

In 1986, Budd relocated to Britain for five years, where he formed a friendship with the Cocteau Twins' Robin Guthrie. They went on to release the album The Moon And The Melodies in 1986, the first of a number of collaborations between Budd and Guthrie.

In 2005, Harold released Avalon Sutra / As Long As I Can Hold My Breath on David Sylvian’s Samadhi Sound label.

Bill Nelson became another close British friend and has written a tribute in his blog. “I first discovered Harold Budd in the late 1970s when I was recording the Red Noise album Sound On Sound at the Townhouse Studios in London. One lunchtime I had gone into the West End to browse the album racks at Tower Records and it was there that I came across an album titled The Pavilion Of Dreams. It was by Harold Budd. The album’s title instantly appealed, and when I looked at the back cover the individual track titles did too. I bought the album unheard and made my way back to the studio where I asked producer John Leckie (who was working on the Red Noise album with me) to set up a record deck connected to the studio monitors. We placed the stylus into the grooves of The Pavilion Of Dreams and were entranced. It was a work of such aching beauty, like nothing I’d ever heard before. I became a huge fan.”

In December 2018 Harold joined Bill Nelson to perform at his 70th birthday concert in Leeds, his last UK appearance.