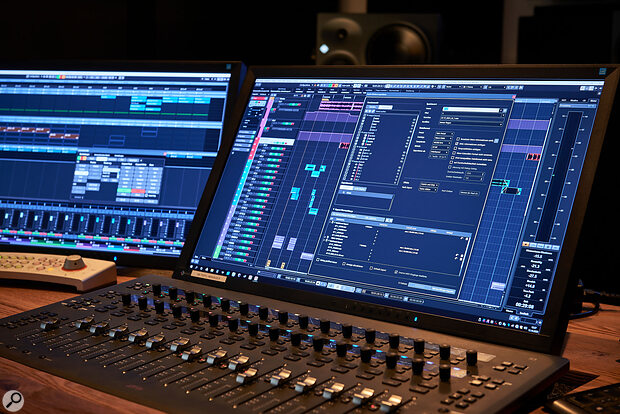 Steinberg have marked the 20th anniversary of their flagship post-production suite Nuendo with a major update. Nuendo 11 features a host of improvements and new features, including extended Eucon support, and authoring for Dolby's immersive multichannel Atmos audio format (see video below).

Other goodies include the SuperVision suite of metering tools. This made its debut in the recent Cubase 11 update, but in Nuendo it's enhanced with a host of AV and broadcast-oriented features, including the Netflix Loudness Meter, which helps you conform your dialogue levels to Netflix standards.

The new version of Nuendo also includes a number of sound design and music-oriented tools, such as SpectraLayers One, surround support for the MultiTap Delay plug-in, the Squasher and MultiBand Imager processors from Cubase 11, and a hugely expanded library of sounds, loops and instrument patches.