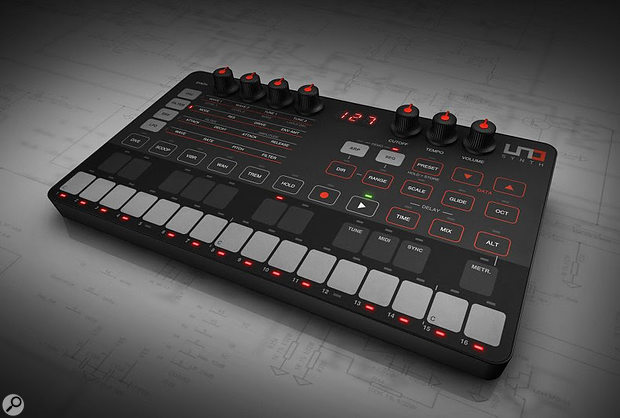 IK Multimedia are no strangers to hardware or indeed to synthesis, at least of the software variety, but the Italian company have today announced that they are marrying the two to create their first ever hardware synthesizer. Dubbed the UNO Synth, IK’s new baby features:

For the development of the UNO Synth, IK brought in Italian boutique synthesizer makers Soundmachines who teamed up with IK’s own synth guru Erik Norlander — one of the brains behind the acclaimed Alesis Andromeda.

IK say that the UNO Synth "excels in producing the rich, warm, punchy, deep bass sounds that are the core of a high-quality monophonic synth, and brings a wide sonic palette of leads, drones, arps, sequences, sweeps and effects.”

For only €199$199, The UNO Synth has a lot up its little sleeves. It’s battery powered (via four AA batteries or USB if you want to use a power bank), it has MIDI I/O, an audio input, built-in effects (delay) and 100 presets (80 of which are rewritable). There’s a big emphasis on not having to menu dive as well. Over 40 onboard controls are available on the top panel. And if you want to really get under the hood, there’s a Mac/PC editor that will be available.

This portable monosynth is manufactured at IK’s facility in Italy and is expected to ship in July of 2018. Pre-orders are open now.