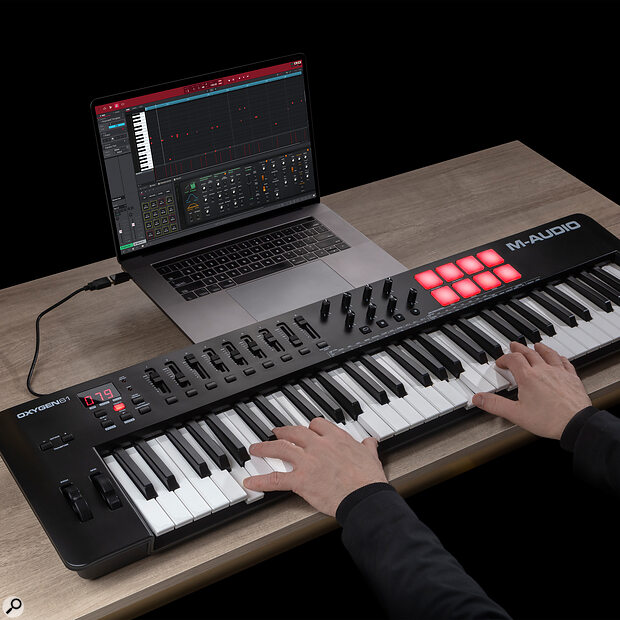 Last year, M-Audio added a new 'Pro' tier to their Oxygen range of MIDI controller keyboards (the Pro 49 is reviewed in the current issue of Sound On Sound, here). Today, they've announced an overhaul of the more affordable non-Pro models, which retains the previous versions' slim form factor and USB bus powering, but adds many of the Pro features.

The MkV Oxygen series keyboards are available in 25-, 49- or 61-key versions, all of which can be powered via USB, and all of which sport eight backlit, velocity-sensitive pads in addition to their keybeds. They also boast the same Smart Scale and Smart Chord features as their Pro brethren, the former allowing you to choose from 16 different scale variations, and the latter letting you play a full chord with a single key or pad press.

All the newcomers also feature DAW control functionality, with physical buttons or sliders to govern things like transport, fader, pan, record arm, solo, mute, and so on. This, M-Audio tell us, can work with all major DAWs, including Live, Pro Tools, Cubase, Logic, Studio One and more.