M-Audio’s Keystation range of USB MIDI keyboard controllers is the most popular in the world, and now they’re getting a refresh for 2018.

Two new Keystation models are now available: the Keystation 61 and 49 MK3. These are complemented by the diminutive new Mini 32 MK3.

As far as hardware features go, there aren’t many changes — the Mk3 Keystations retain pitch and mod wheels, transport and directional controls, an assignable slider and a 1/4-inch sustain pedal input. The 61-key version additionally sports a 5-pin DIN MIDI output for easy connection to hardware synths as well as semi-weighted keys. 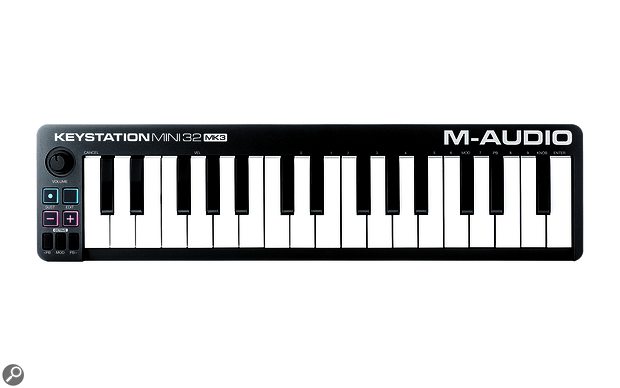 The Mini 32 Mk3 offers mini keys and, like its larger siblings is also USB bus-powered. Bundled with the smallest addition to the Mk3 range is Pro Tools First (M-Audio Edition) and the Expand! 2 sample workstation. For the Keystation 49 and 61 Mk3s, there are additional software titles such as Ableton Live Lite, Air Music Technology’s Mini Grand virtual pianos and Velvet electric pianos bundled. On top of that, you also get Skoove online interactive piano lessons, the Melodics instructional desktop app for MIDI keyboards and 2GB of Touch Loops premium loops, one-shots and sound elements.

All three keyboards are class-compliant USB devices and can be used with Mac, PC or iOS via the Apple Camera Connection Kit (sold separately)

The Mk3 keyboards are all available now. The new Keystation 61 carries the same price tag as its predecessor at $169, while the 49 retails for only $99 and the Mini 32 Mk3 goes for an astonishing $49.