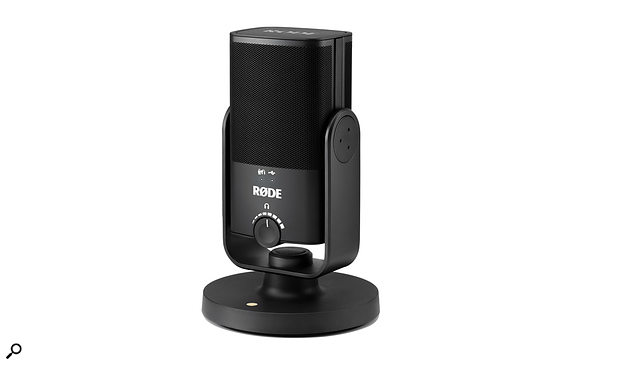 The NT-USB Mini, Rode’s new £99$150 USB mic, is a compact and affordable RF-shielded condenser microphone aimed at laptop- and tablet-based recording musicians, gamers and podcasters. As Rode snappily put it, it is designed to provide “studio-quality sound without the need for a studio”.

As befits the target user, the mic is easy to use, producing class-compliant output over USB which is instantly recognised when the mic is connected to a computer, and no phantom power is required. Even the plosive-reducing pop filter is an integral part of the mic’s design.

The cardioid pickup pattern is designed for optimal capture of any audio source located in front of the microphone at the expense of other ambient sound, and a headphone amp (with mini-jack output and hardware output level control) is built in, allowing audio to be monitored with negligible latency pre-A-D conversion if required.

The NT-USB Mini is shipping now and is supplied with a detachable magnetic stand for use on a desk, plus a 360-degree swing mount for upright or sideways mounting on a mic stand, or inverted mounting on a boom or studio mic arm.