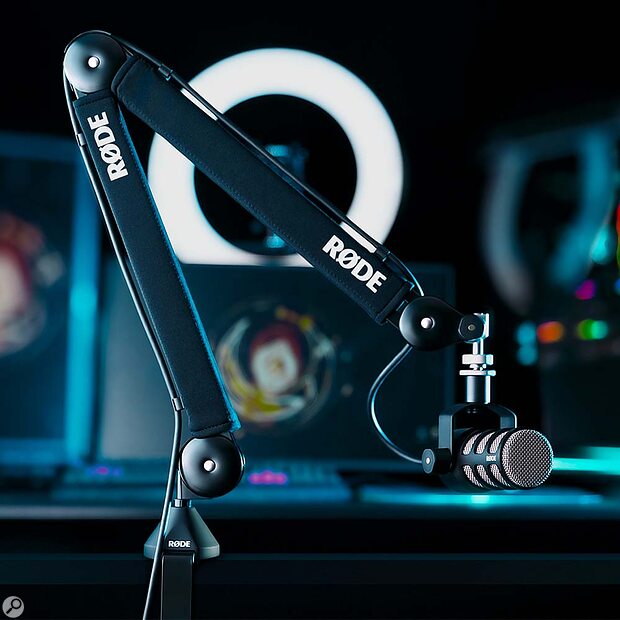 Something of a staple in broadcast circles, the Rode PSA1 is in use by countless radio and podcast studios, and now the Aussie mic makers have announced a major upgrade. The new PSA1+ maintains the original's sprung parallelogram arrangement, but is said to be completely silent during movement and readjustment, and offers superior isolation from desk-borne vibrations thanks to its re-engineered rubber mounting system.

Other improvements include an extended reach, a full 360 degrees of rotation, and the ability to mount a wider range of microphone weights — from 94g up to a hefty 1.2kg. As on the earlier version, it features an integrated cable management system, and is compatible with all standard microphone clips and shockmounts.