The dust has now settled from Roland’s 909 Day celebrations and, barring a website crash from too much interest, it seems to have been a huge success. If generating interest in its brand new products was the aim, they’ve certainly achieved that. Let's dive right into the announcements.

Perhaps the biggest news is the official announcement of the Roland TR-09 Rhythm Composer and the TB-03 Bass Line. These digital reincarnations of the legendary TR-909 drum machine and TB-303 bass synth share the same form as the other Boutique modules (JP-08, JU-06 and JX-03). There’s another new Boutique model, too — the VP-03 Vocoder, a callback to the VP-330 Vocoder Plus of 1979. All three can be powered by battery or via USB, have an internal speaker and rely on Roland's own ACB (Advanced Circuit Behaviour) modelling technology for their sound, the same that was used in the popular original trio of Boutique modules launched last year.

The TR-09 recreates the influential hybrid sound of the TR-909, complete with the familiar 16-step TR-REC programming style and a choice of Step or Tap write modes. The TR-09 also offers greater flexibility than the original, say Roland, letting musicians fine-tune parameters and switch modes without interrupting their beats. It’s also designed for easy connectivity to external gear, with a choice of MIDI, USB, and trigger ports giving control over vintage analogue synths, modular gear, and DAWs. 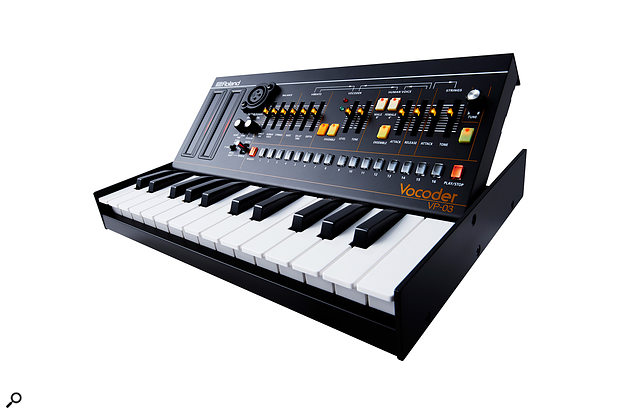 True to the VP-330, the VP-03 has vocoder, human voice, and string sound sources on board. It also includes a gooseneck XLR microphone, and can be paired with the optional K-25m Keyboard Unit for enhanced performance. New features include 16 Chord Memory setups for one-finger chord playback, plus a new Voice Step Sequencer for dynamic rhythmic effects. Alongside line and headphones outs, the VP-03 also includes MIDI I/O for connecting with other devices and 24-bit DAW audio interface capability via a Micro USB connector.

A keyboard-less counterpart to the K-25m has also been announced. The DK-01 Boutique Dock is ideal for the TR-09 and TB-03, as well as modules where you don’t want an attached keyboard. The DK-01 lets you use your module flat or in either of two angles for easier viewing and programming.

Using the most advanced ACB engine yet, the System-8 plug-out synthesizer — the bigger brother of the System-1 Plug-Out synth which we reviewed back in October 2014 — ships pre-loaded with Jupiter-8 and Juno-106 Plug-Out synths, in addition to its internal sound engine, and also provides a third empty slot for additional Plug-Out synths (such as the SH-2, SH-101 and Promars).

It's wasn’t  all reimaginings of classic gear though. There’s also the unusual AE-10 — a brand new digital wind instrument that can be played with saxophone fingerings. It uses Roland’s mouthpiece-mounted breath-sensor technology with a bite-sensing reed, allowing for control of expressive techniques like vibrato and pitch.

The Aerophone AE-10 is also equipped with a USB jack, allowing users to connect to a computer to play soft synths and external MIDI sound modules through a DAW.

As part of 909 day, Roland also announced a new range of guitar amplifiers called Katana, designed for “smooth, cutting rock tones”.  They have integrated access to 55 Boss effects, with the capability to load up to 15 at a time and use three at once. They also feature a ‘Power Control’ function designed to lets users achieve cranked-up tones at low volumes — ideal for home practice or recording without disturbing neighbours. 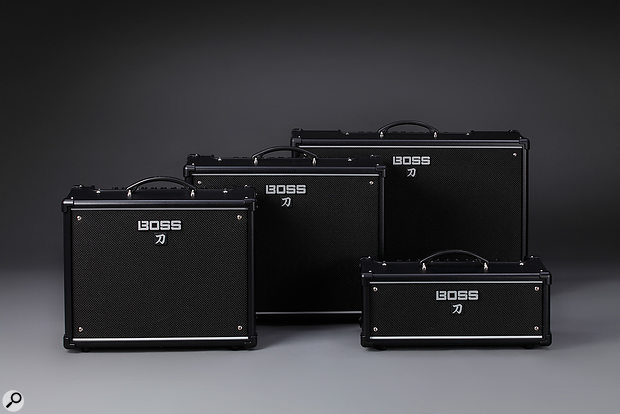 The range comprises 50W and 100W 1x12 combos, a 2x12 100W combo and 100W head, designed for use with an external speaker cabinet, but which sports a convenient integrated monitor speaker for tone preview and practice. 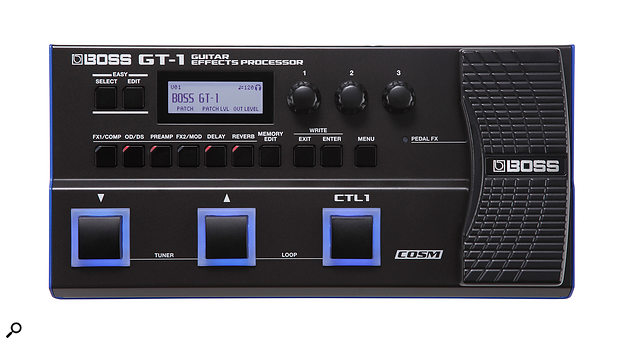 The Boss GT-1 is a compact guitar effect processor with a built-in expression pedal, with a sound engine derived from the top-of-the-line GT-100. 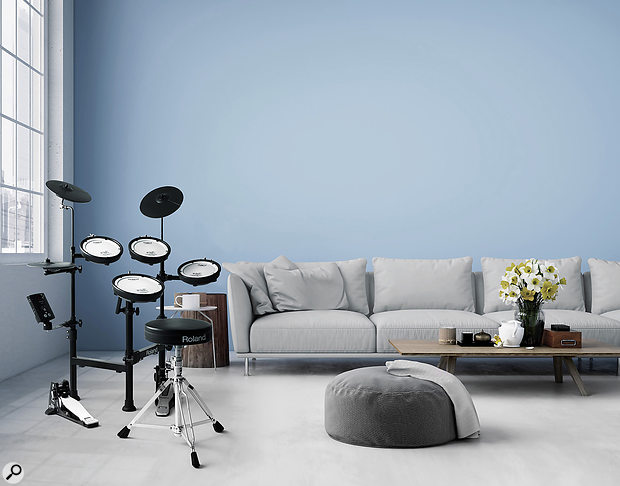