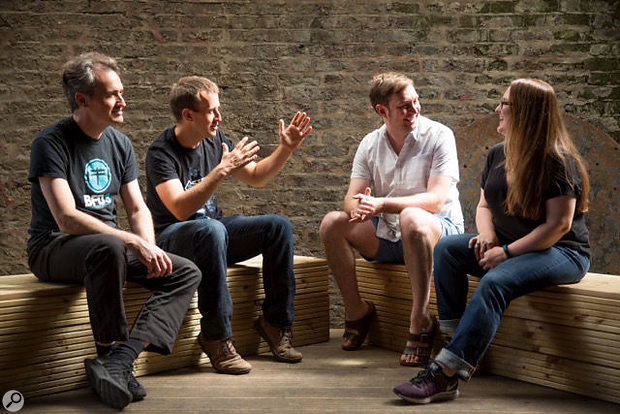 ROLI, the London-based makers of the touch-responsive Seaboard and Seaboard Rise instruments, have today announced that they have acquired FXpansion, developers of virtual instruments and plug-ins including BFD3, Geist 2 and Strobe 2.

The two companies have been collaborating for some time — FXpansion Synth Squad was the first VST to be Seaboard compatible, and the CEOs of both companies have known each other since the beginning of the Seaboard’s development. The big picture here is ultimately to “build more integrated, connected experiences for musicians” says ROLI CEO Roland Lamb. The idea seems to take influence from the ‘connected home’ and ‘connected car’ principles, or as Lamb describes it “people taking a lot of friction out of a process and creating a set of different devices that just seamlessly work together and connect together. I don’t think that’s happened yet in music. That’s what we’re trying to build.”

The move will bring FXpansion’s nearly 15 London staff and over 15 years of expertise in the audio software development field into the ROLI fold, and follows the acquisitions of online collaboration platform Blend and audio coding framework JUCE. The FXpansion takeover is the first to have taken place since ROLI raised an astonishing $27 million in venture fund capital a few months back. 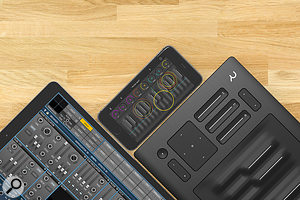 When asked why specifically FXpansion, Roland Lamb responded “It was about expanding our capability in terms of sound and software. Across the FXpansion range of products, there’s a huge number and quality and type of sounds. It means that we can now start working with and integrating a much wider, deeper, more extensive sound palette. [The other] big reason was about the team.”

“Making these new expressive electronic multi-dimensional instruments, it requires not just compatibility. What were’ trying to go for is seamless integration between the hardware and the software — between the physical interaction and the sound. It’s much easier to do that when we’re all in together focusing on building a roadmap together rather than just working in partnership.”

As FXpansion CEO Angus Hewlett explains, “There is the MPE [Multidimensional Polyphonic Expression] standard which Roland [Lamb] has been one of the big proponents of, in terms of getting controllers and software to talk to one another. But if you want to build the best experience, the most seamless experience, you’ve got to integrate at a slightly deeper level than MPE. We thought this was the best way to do that — to give people a really musical experience.”

If you’re an FXpansion customer, don’t worry, they will continue to support and develop their family of products including Geist2, the beat production system, and a range of sound effect plug-ins such as Maul and Bloom. FXpansion products will continue to be sold in their current form. Customer support and product maintenance will be available on all of the current channels. Anticipated updates — including the release of BFD 3.2 and Cypher2 — are progressing.

Although understandably tight-lipped about specific product development, Lamb suggested that we might see the first fruits of the acquisition in 2017. We look forward to hearing more.