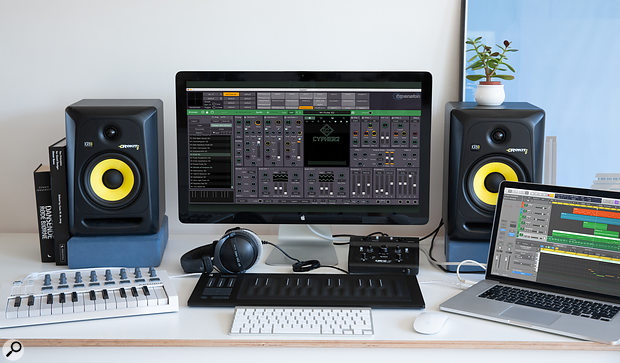 Developed by the engineers at FXpansion, the software instrument makers behind BFD, comes Cypher2, a brand new analogue-modelled, sound design-focused synthesizer. The first instrument to be released by the team since FXpansion was bought by ROLI in 2016, the instrument is notably designed to tightly integrate with ROLI's own 5D MIDI MPE controllers: the Seaboard and Blocks.

According to ROLI, Cypher2 is built for advanced sound design projects and expressive performances. The interface invites Cypher2 creators to manipulate sound in almost infinite directions with 1300 included presets, a TransMod modulation system, dynamic oscillators and filters, a sequencer and 30 effect modules.

Cypher2 is fully compatible with both standard MIDI controllers and MPE-enabled devices, which include ROLI’s own Seaboard and BLOCKS instruments.

“This project has been a true labour of love for the FXpansion team and ROLI’s veteran sound designers”, says Angus Hewlett, founder of FXpansion and now VP Engineering at ROLI. “The expressive power of 5D MPE and the sonic fidelity of circuit modeled synthesizer components is a uniquely powerful combination: an advanced software synthesizer which responds to your playing like no other.”

Together these applications form the largest collection of MPE-enabled software available. Officially adopted as part of the universal MIDI protocol in January 2018, the MIDI Polyphonic Expression (MPE) framework allows electronic musicians to express themselves in ways previously only possible with acoustic instruments.

See and hear it in action here: