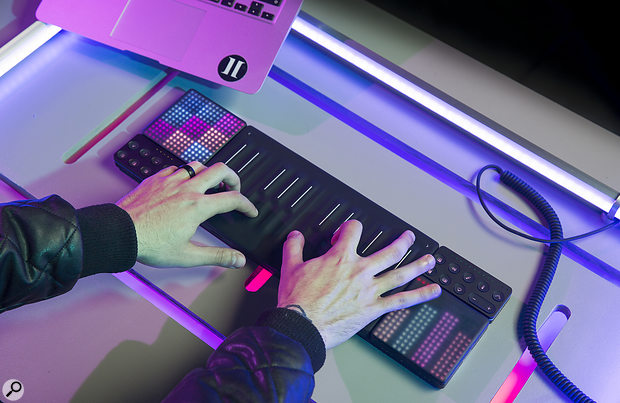 London-based instrument makers ROLI have revealed a brand new controller that merges two major product lines, Seaboard and Blocks. The new Seaboard Block is the company’s smallest and most affordable keyboard instrument yet at only $299/£279. Designed to operate within the Blocks ecosystem — which has been receiving fairly regular updates since its introduction late last year — the Seaboard Block features 25 miniature keywaves and connects to other Blocks (such as Lightpad Block) via the magnetic BLOCKS DNA connectors. That means it can also be linked to another Seaboard Block very easily. It retains the same three-dimenional touch control afforded by the larger Seaboard RISE, the smallest of which retails at over twice the price (£699). The new Seaboard Block also employs a flatter keywave shape, perhaps to make playing easier given the smaller dimensions.

A range of software is available for free on Seaboard Block and Lightpad Block. This includes the NOISE app for mobile, a new desktop sound player Equator Player based on ROLI’s flagship sound engine and a three-month license of Max MSP. Most importantly, though, it also comes with BLOCKS Dashboard, an application that is designed to allow integration and customisation of Blocks for use with third-party software such as Logic, Ableton Live and Omnisophere. Essentially, for $299/£279 you can have a miniature Seaboard RISE wireless MIDI controller in your studio.

NOISE and Equator Player both include over 100 expressive sounds from synths to strings. Alongside the launch of Seaboard Block, ROLI also releases six new soundpacks ranging from Vintage Electronic to Cinematica. 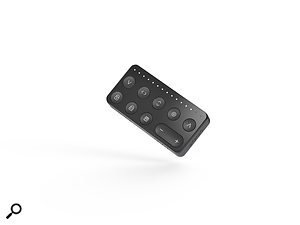 Also launching today is Touch Block. The same size as Live Block and Loop Block, Touch Block ($79/£69) provides controls for adjusting in real time the expressive behavior of the Seaboard Block and Lightpad Block interfaces. By clicking one of its controls, for example, music-makers can adjust how much their side-to-side finger movements bend pitch on the surface of Seaboard Block.

It seems the new Seaboard Block has already found some fans among early adopters: “A portable Seaboard is literally genius,” said singer-producer Grimes, who now uses Seaboard Block. “I’m so glad this device entered my life.”

We look forward to putting the new Seaboard Block and Touch Block through their paces as soon as we can get our hands on them. You can order them now through the ROLI store and retail partners including Sweetwater, GuitarCenter, and Sam Ash, with shipping due for late June.