Softube have launched a plug-in version of the Weiss DS1-MK3, a revered digital hardware mastering processor, regarded by luminaries such as Bob Katz as "the most transparent, refined, flexible, and least digital-sounding dynamics processor”. The original compressor/limiter/de-esser is beyond the reach of most mortals, costing around $10,000, so $549 ($499 with intro offer) seems rather reasonable.

Officially licensed and endorsed by Daniel Weiss, the DS1-MK3 plug-in is a line-by-line code port of the original digital hardware and processes at resolutions up to 32-bit/192kHz. It also offers five limiter algorithms — two more than the original unit. 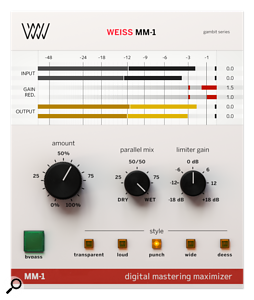 Critically, the processes going on within the plug-in have been designed by experienced mastering engineers, so “it can’t sound bad” claim Softube.

Softube have updated their ‘everything you need’ bundle as well, adding three new products: the above Weiss MM1 Mastering Maximizer, Tape and the Fix Phaser. These are joined by a plethora of other tools such as electronic instruments and amp rooms, EQs and compressors, modulation effects, reverbs and delays.

Volume 2 is out now and costs $499, although if you move fast you can snap it up for the introductory price of $399. 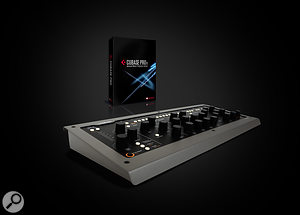 This news is doubly interesting considering Softube have recently dropped the price of their Console 1, with the MkII versions now costing around £399/$499.

This new Cubase integration is a free upgrade for Cubase Pro 9.5 users.