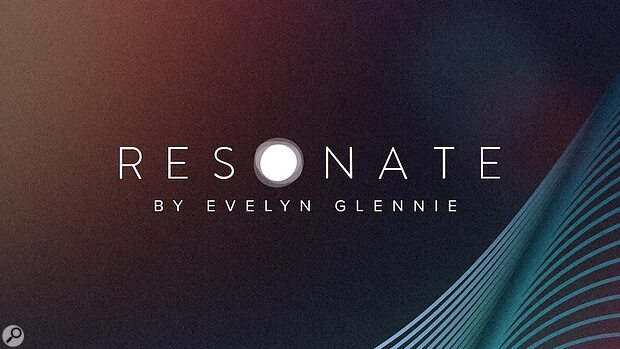 Spitfire Audio have announced the release of Resonate, a new library created in collaboration with one of the world’s most influential percussionists, Dame Evelyn Glennie. Featuring both tuned and untuned instruments performing a range of hits, strikes and scrapes all captured at the legendary AIR Studios, Resonate focuses on the reverberations and resonances that follow the initial strike of a percussive hit.

The list of instruments sampled includes a barrel, a thundersheet, a water tank, and timpani. According to Spitfire these instruments have been paired, stacked, stuck and bowed with other co-resonating instruments, which they say has lead to the creation of an unparalleled collection of cinematic hits, scrapes, textures and tones. The library comes housed within Spitfire’s own plug-in, and features their innovative Evo Grid interface which allows users to map different ‘evolutions’ (long, looping sounds) to different note ranges. 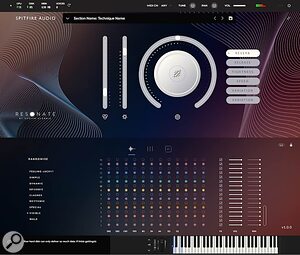 Resonate's GUI in the Evo Grid view.A total of 49 playing techniques have been recorded, and plenty of processing options are on offer with users able to route the captured sounds through 14 different signal paths, as well as apply any combination of six built-in effects. As well as a selection of microphone signals that will be familiar to existing Spitfire users (Close, Mid, Tree and Ambient), some unique microphone perspectives are provided, with sounds being captured from underwater, contact microphones attached to resonating chambers, and boundary microphones placed throughout the hall. A stretch feature available for long sustained sounds allows users to choose the sample’s playback speed.

During this same period, owners of Spitfire Percussion and Scraped Percussion will be eligible for an offer price of $159£129 including VAT / 159 Euros.