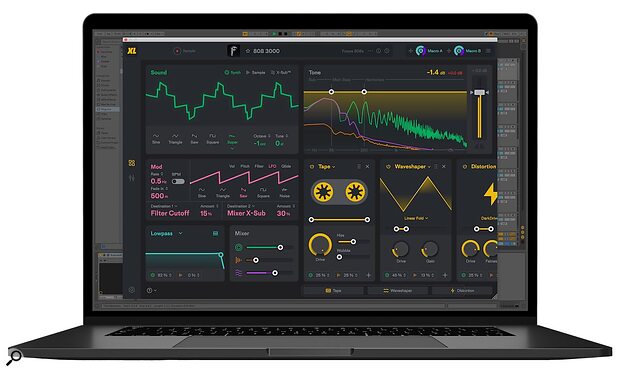 Future Audio Workshop have released SubLab XL, an expanded version of SubLab, their bass-focused software synthesizer. This latest version is built around the same synth and sampler engines as the original, but introduces some new features and functionality. All of the original factory samples from SubLab are included, along with some new content exclusive to the XL variant. There are now nine Bass Packs compared to the original’s six, and over 100 all new presets are included.

The plug-in’s effects have seen a significant upgrade. SubLab was equipped with four distortion effects, an analogue modelled filter and a compressor. XL retains the compressor and filter, but also boasts six distortion effects, as well as adding a waveshaper, bitcrusher, tape saturation, and EQ sections. It also adds an LFO for modulation duties, and further control opportunities are provided by the addition of a macro page, where up to ten parameters can be mapped to two independent macros.