Summer NAMM 2016 saw Gig Gear expand their line of Gig Gloves to include Gig Gloves Onyx ($39) and Thermo-Gig Gloves ($45). The former are much the same as the original designs, but are entirely black, geared towards live event, theater and production crew members who need or prefer to be discreet or invisible. They include some new design features including: clips to allow for securing the gloves together or to a keychain; new, stronger nylon threading throughout the gloves; a redesigned removable fingertip that does not expose the fingers underneath. 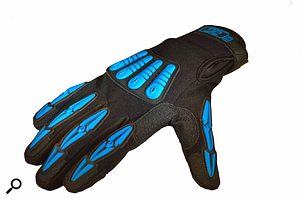 Thermo-Gig Gloves are, as you might imagine, designed for colder environments. They are much the same as the other Gig Gloves but have a fleece lining to provide warmth for outdoor, cold weather gigs and events.

Gig Gloves are work gloves designed specifically for roadies, musicians, DJs, AV techs, stage and production crews, rigging professionals, were designed so they that don’t need to be removed at any point while loading in & out and setting up.

Gig Gear have also secured worldwide distribution, so the Gig Gloves Onyx will be shipping in July for $39, and the Thermo-Gig Gloves will become available in the Autumn for $45.

Top 10 Boring Things That Are Really Important In The Studio
2 weeks 1 day ago.