Aldeburgh Music, located deep in the Suffolk (UK) countryside in Snape, was founded by seminal composer Benjamin Britten and singer Peter Pears. It is perhaps best-known for classical music, although it has always supported and encouraged new music and talent. Recently this has started to include experimental and electronic music - it now hosts the Faster Than Sound events, for example. The first weekend in November saw this extended further with the first TEDx Aldeburgh Music, which was an independently organised event that uses the spirit and resources of the TED movement (Technology, Entertainment and Design. See www.ted.com) to bring together people to share 'ideas worth spreading'. Media partners for this event was Sound On Sound magazine. 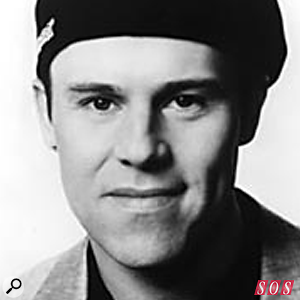 This UK event on 6th November 2010 was ably hosted by musician Thomas Dolby, the Music Director of TED, whose great-great-grandfather actually built the maltings building at Snape that houses the Britten Studio (this year's venue). Organised meticulously by Joana Seguro on behalf of Aldeburgh Music, the day was packed with an appealing mixture of talks (all less than 18 minutes long: a TED tradition), performance and videos from TED's extensive collection.

Thomas started the day's three sessions with a brief introduction to the packed audience, and this was followed by David Toop, a regular contributor to The Wire magazine, who spoke about listening and the importance of silence. A recorded talk by Talking Head's David Byrne then looked at the intriguing connection between performance spaces and the type of music that is composed for them. (One striking thing about Mr Byrne was that he talks with the same phrasing as he sings!)

Next, Tod Machover, the Professor of Music and Media at the MIT Media Lab in Boston, USA, then explained all about his work on extending the performance controllability of instruments to create 'Hyperinstruments', and showed videos of his new opera, which exploits the same leading-edge approach - a 'hyper' opera, perhaps. Peter Gregson then performed on the cello, mixing live performance with electronic augmentation controlled by Tod. This was followed up with a video, shown on the large screen in the Britten Studio hall, of a world-wide jam performance of 'Stand By Me' with contributions from many musicians.

Martyn Ware, ex-Human League and continuing member of synth band Heaven 17, then took us on a whirlwind tour of his recent 3D audio projects which were numerous and impressive. The first session closed with Ash Nehru from United Visual Artists showing some of their installations that inventively combine software, electronics and mechanics to produce stunning audio-visual experiences.

The first afternoon session saw Thomas Dolby interviewing musician/producer/programmer William Orbit, covering everything from his early 'make-do' experiments, through dealing with fame and star entourages (William composed and programmed on some of Madonna's hit albums), to the observation that "many musicians do not drive" - intriguing...

A video from composer Itay Taigam then showed an insider's view of what conductors do to control and obtain the very best performance from an orchestra, and the baton hardly featured at all.

All morning, the left-hand side of the stage had been dominated by what appeared to be an unusually tall upright piano, augmented with electronics and a bicycle wheel, and the mystery was solved when Sarah Nicolls gave her talk about the difficulties of using "prepared pianos" (popular with musique concrete pioneers and a raft of contemporary music evangelists), and her attempt to make it easier to get access - hence the home-brew 'giraffe' piano. She performed a short piece, and ably demonstrated that the range of sounds that can be obtained 'from' a piano is much broader than just from pressing the paino keys.

Evelyn Glennie's video followed on, which summarised the way that music was more than just sound waves in air - it was also vibrations that could be felt by the whole human body, and that this had fundamentally changed the ways that many people now think about music and acoustic design.

The session closed with a fascinating talk and demonstration by composer Nick Ryan, whose synaesthesia has been used for turning photographs into music and making soundtracks for books, but most recently into a 3D audio game called 'Papa Sangre' - think of it as a first-person thriller game without any video; everything is done with sound.

In between the sessions, TEDx'ers were encouraged to mingle (Thomas Dolby just came and sat down with me at lunch!) or visit the installation in the Jerwood Kiln Studio, where Felix Thorn and his Machines could be seen and heard. Felix makes electro-mechanical machines that light up as the solenoids play the diverse collection of musical instruments: a kinetic sound-producing sculpture. A magical mix of technology, practical inventiveness and musicality. Forget 3D movies - this was 3D music! 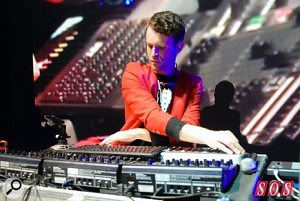 The final session of this enjoyable TEDx Aldeburgh Music day started with a video example that showed how the initiator of a movement needed a first supporter in order to start things growing, using a video of a sole person dancing at a festival, joined by a single supporter, then a couple more, then more, and then a sudden rush as the people who had been holding back realised that they didn't want to be left out... Brilliant observation, and a strong message about innovation and spreading ideas. 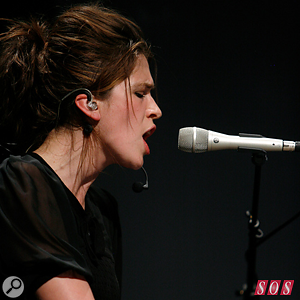 Tim Exile then gave a live performance that showcased his virtuosity in creating dance music live and completely ad-libbed, including handing a radio mic around the audience and using only their supplied sounds. Jonathan Reekie, the Chief Executive of Aldeburgh Music, then introduced percussionist Matt Farthing, who has recently been invited to join the National Youth Orchestra of Great Britain. Matt started with a truly stunning 'body percussion' performance, using his hands to tap his body, pop his mouth, tap and click, and finished with an equally impressive piece on timpani.

The final video was Benjamin Zander, who pulled a piece of Chopin apart, and then showed how it was constructed, and why, and then demonstrated how that newfound knowledge allowed you to truly appreciate the meaning of the music inside it. A wonderfully insightful piece of musical education!

The session closed with Imogen Heap, who was featured in our SOS December 2009 interview . She battled a slide presentation with a mind-of-its-own to talk about how she worked with and involved her fans to help make her music and decide on the content of her tours. Imogen described her experience of conducting an orchestra for the first time - the previous night at the Royal Albert Hall. She finished the day with a spell-binding piano and vocal version of her vocoded hit 'Hide and Seek'.

Overall, this premier TEDx Aldeburgh Music day-long event could be summarised as a diverse and fascinating exploration of the best of contemporary music. In closing, Thomas Dolby said that he hoped that this would be the first of many at Snape, and the 200-strong audience seemed to be enthusiastically in total agreement.