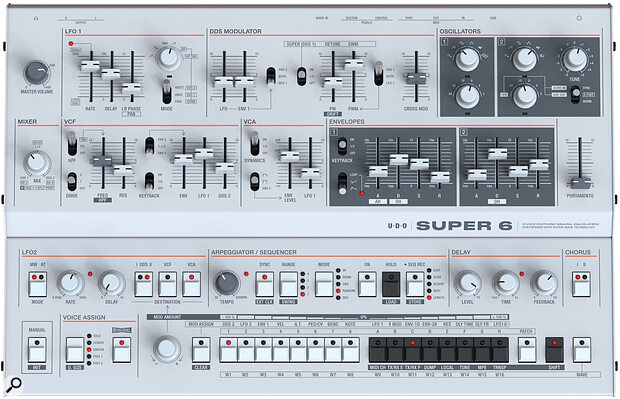 The UDO Super-6 slider-laden polysynth was such a hit that we nominated it for a 2021 Gear Of The Year pick in the current issue of Sound On Sound. Now, the Bristol synth-makers have released a keyboardless version, called the Super-6 Desktop, and it promises all of the original's sound and performance tweakability, but in module format.

There's not a great deal to be said about its inner workings beyond what we already printed in our review of the keyboard version, but it does have some nifty mounting options. You can lay the Super-6 Desktop flat on a table, or angle it up courtesy of its pop-out rear legs. Alternatively, you can house it in a rack, using the (cost-option) 7U mounting brackets. Finally, and unusually, the bottom panel of the synth has VESA mounting holes drilled into it, so you can attach it to any standard TV/computer monitor stand, including the swivel-arm type.

The UDO Super-6 Desktop is available now, and priced at £1949 including VAT. 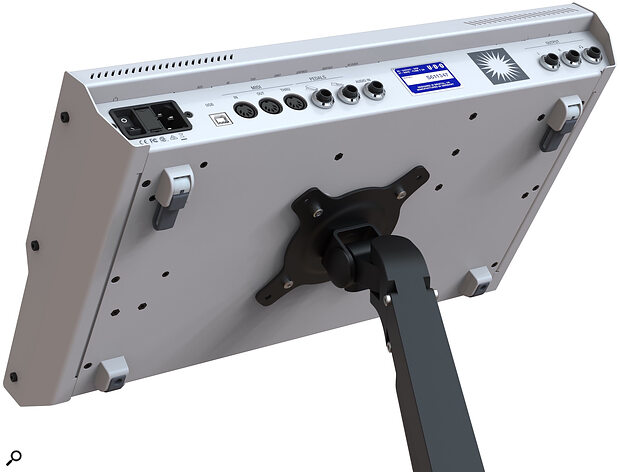