This year we celebrate the 50th anniversary of this seminal album by trio White Noise. Released on Island Records in June 1969, “An Electric Storm” has been cited as the first electronic pop album in the UK and has influenced many artists over the decades.

Two of the tracks were created by Delia Derbyshire and Brian Hodgson working late into the night at the BBC Radiophonic Workshop studio on this ‘unofficial’ project with third White Noise member David Vorhaus, who has described Delia as his teacher. Island Records took up the project and helped fund Vorhaus’ Kaleidophon electronic music studio where work continued to complete the album. 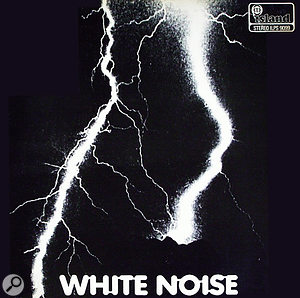 White-Noise-coverIn recognition of the anniversary, electronic music charity Delia Derbyshire Day are organising an event in November and have announced their new creative project “Electric Storm 50” which has been developed to work with young people aged 16-30 years.

Project Manager Caro C comments: “We are thrilled to have all our project funding and partners on board. We believe 'An Electric Storm' is an evocative and accessible concept, sonically and visually. We want to offer learning and commissioning opportunities looking back at how 'An Electric Storm' was produced in 1969, to inspire new work employing modern technologies.”

Headline commission artist Bishi will produce a new audio/multimedia work. Bishi is an innovative artist of Bengali heritage working at the cutting edge of art, music and technology. Also, for the first time the project includes a public callout offering a development opportunity for two younger artists. Inspired by the theme of "Electric Storm", the charity wants to see/hear/feel these contemporary artists’ electric storm. Bishi talks of this opportunity: “I am absolutely thrilled to be the headline commissioned artist for Delia Derbyshire Day, in time to celebrate 50 years of White Noise’s ‘An Electric Storm.’ Both Delia and White Noise changed my life and it’s an honour to pay tribute to her legacy.”

Leading keyboard manufacturer Korg UK will continue as an ongoing partner with the loan of synthesisers for education. Touring partners are Iklektik Lab (London) and Inner City Electronic Festival (Leeds).

The anniversary event will take place on Delia Derbyshire Day 2019 on 23rd November at Spirit Studios, Manchester, and feature a talk by David Vorhaus plus panel discussion, audio playback, along with live music/digital arts performances. The event then tours to The British Library, London on 30th November and to Leeds Inner City Electronic Festival in 2020.