We owe the famous saying “If it sounds right, it is right” to Joe Meek. It sounds like a truism — but only if you overlook what’s involved in deciding that something sounds right. 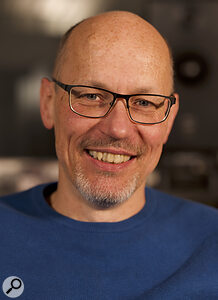 Meek himself practically invented modern recording technique, where instruments are miked close up and liberally processed to tape. Doing so brought him into constant conflict with more conservative elements at IBC Studios. When your colleagues are looking at you like you’re mad, and technicians are muttering about the possibility of destroying expensive equipment, it takes courage to say ‘Actually, I like the way this sounds.’

Nowadays, we like to think we’re all open to sonic innovation. But is that really true, or is it just that the frontiers have moved?

I was talking recently to a couple of people whose formative years coincided with the ‘loudness wars’. The music they grew up with was thin, harsh and devoid of dynamics. It was crushed by brickwall limiting and forced into hard digital clipping, and by the time anyone listened to it, it was bristling with MP3 artifacts. And they loved it.

Are non‑harmonic distortion, layer upon layer of compression and codec chirps fatiguing and unpleasant? Or are they just part of the sound of raw rock & roll excitement? We already have plug‑ins that recreate vinyl noise and tape hiss to add ’70s nostalgia to our productions. How long before the production tools of 20 years ago get the same treatment, and people start comparing notes as to which version of Waves’ L2 delivers the most edgy treble when you crank up the gain reduction?

Current industry trends offer us another example of something that eventually, in the face of stiff opposition, will probably come to be appreciated as sounding ‘right’: AI‑based processing. Some engineers love to point out the failings of cloud‑based mastering services, or ‘intelligent’ plug‑ins meant to help novices equalise and balance sources in a mix. Others fear that these will put human beings out of a job. But the most creative, forward‑looking producers will notice that AI‑based processing too has a sound of its own, and will take music forward by exploiting that sound.

Many things we now think of as sounding ‘right’ came about because people used equipment in the ‘wrong’ way, and this month’s cover feature highlights a case in point. History does not record the name of the first engineer to plug a fuzzbox into a studio mixing console, but you can bet that it raised some eyebrows at the time. Today, we’d all agree that it’s a valid creative choice, and it’s not so much moral objections that stop us from hooking up our pedalboards to our DAWs as the practicalities of cabling and level management. As Simon Small’s excellent article explains, though, these are easily overcome. A world of creative sound‑mangling awaits!

Just remember, next time you hear something truly horrible, that to someone it sounds right.