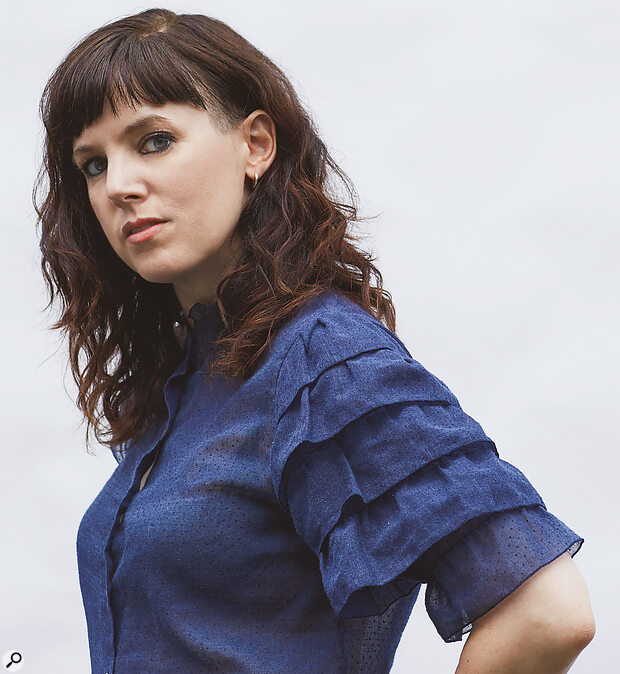 Few artists straddle the line between classical and electronic music with as much success as Anna Meredith. We talk to her about the creation of her recent Mercury‑nominated album.

How does a composer with an open disregard for the fetishism of synthesizers go about creating an album that is as dependent on its hypnotic electronics as it is on classical instrumentation? For London‑born, Scotland‑raised Anna Meredith MBE, the musical success of Mercury‑nominated second album FIBS was never going to hinge on a specific choice of sequencer or the hunting down of any ‘must‑have’ legacy synth. “I am a bodger,” Meredith warns me with a laugh as we, along with guitarist and producer Jack Ross, sit in the quad of London’s Somerset House, which also happens to be the location of her studio. “I’m not a compositional bodger, but I am a bodger with some of this stuff!”

The idea of a ‘second album’ is something of a misrepresentation of Meredith’s remarkable career trajectory. Many will doubtless consider 2016’s Varmints something of a breakthrough, yet the composer has been garnering the respect of both sides of the so‑called classical and popular divide for the best part of two decades; far longer than such a slim catalogue of original studio albums might suggest. From 2012’s body‑percussion piece HandsFree, which saw performances at the BBC Proms, Hamburg’s Elbphilharmonie and beyond, to high‑profile soundtracks for such shows as Netflix’s dark comedy starring Paul Rudd, Living With Yourself; it’s almost remarkable she has managed to find the time to work on any self‑commissioned studio records at all.

“I was doing a few little residencies,” Meredith explains. “Really focused writing of little ‘nubbins;’ little cells, germs of ideas. Not too fleshed out, but things I thought had the potential to become stuff. I brought the whole band down, five of us, to the Attenborough Centre for the Creative Arts, and we listened to a few things and chatted about these ideas.”

It wasn’t long, however, before a succession of impossible‑to‑ignore commissions became incumbent on Meredith and demanded that the album be temporarily shelved. Projects like ‘Five Telegrams’, commissioned for the BBC Proms (complete with projection mapping onto the exterior of the Albert Hall), the release of Anno (“Half my music and half Vivaldi’s Four Seasons,” the composer says, “kind of half electronics and half string orchestra”), and the soundtrack for Bo Burnham’s coming‑of‑age comedy Eighth Grade demanded the lion’s share of the composer’s 2018. “So, I put the album to one side,” she explains, “and then it was just like, clear the decks. Stop touring, let’s make some kind of schedule to make it happen.”

From August 2018 to January 2019 Meredith retreated to her London studio to begin work on the album, which stemmed from an almost completely abstract place. Testament to her exhaustive composition process, at least half the overall time devoted to creating FIBS was spent without recording a note.

What Do Mastering Engineers Actually Do?
3 days 14 min ago.