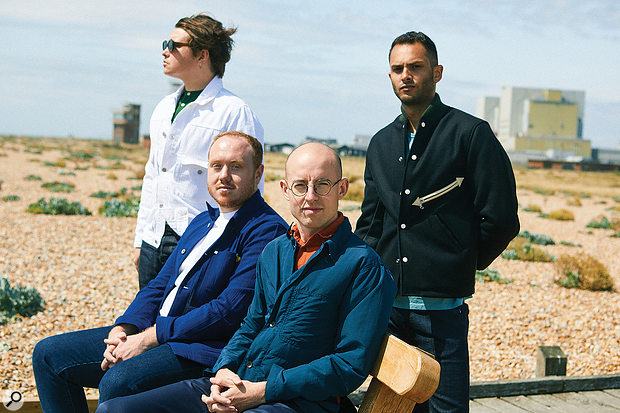 When Bombay Bicycle Club chose to work with prolific producer John Congleton, both band and producer found themselves having to adapt...

Back in 2016, Bombay Bicycle Club announced that they were taking an "indefinite hiatus", making many wonder if the North London band had split for good. The quartet had gone out on a high: their 2014 album So Long, See You Tomorrow was their first to reach number one, and they'd sold out the 19,000-capacity Earls Court Arena in London. But, after years of near-constant touring and recording since they were in their teens, they felt burned out.

During this interregnum, singer Jack Steadman indulged his passion for funk and soul with an album under the name of Mr Jukes, bassist Ed Nash released his own solo record as Toothless, drummer Suren de Saram sessioned for Jessie Ware and guitarist Jamie MacColl studied political science at university. Then came a call from the group's management to remind them that the 10th anniversary of their debut album I Had The Blues But I Shook Them Loose was coming in 2019. Plans were hatched to get back together to perform a series of shows playing the record in full. But, at the same time, it didn't feel fitting to the band members to be indulging in nostalgia when they weren't yet even into their '30s. So, four years on from So Long..., they've regrouped and returned with their fifth album, Everything Else Has Gone Wrong.

Whereas So Long had been self–produced by Jack Steadman, this time he was keen to work with a third party. His co-producer of choice was Texan–born, LA-based John Congleton, who has a long track record that encompasses acts such as St. Vincent, Angel Olsen, Explosions In The Sky and many more. 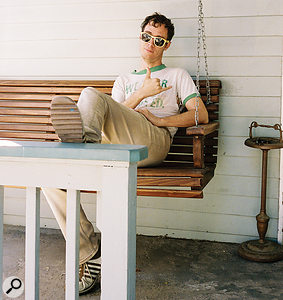 Renowned for getting things done fast, John Congleton has worked with lots of experimental and indie acts, scoring major success with St Vincent."I think it helps to have someone who isn't a member of the band as the authority figure," says Steadman. "'Cause there's going to be so many compromises when you're making a record, or people disagreeing. And if you find someone that you all respect and trust, you can all look to them as kind of the final say. That's a way to just move things along, rather than spending weeks arguing. Sometimes you just have to choose one direction and then move on. And I think you need another producer to do that."

For his part, Congleton was more than happy with the remit the band gave him: to push them out of their comfort zones. "Any band that's made four records is gonna settle into patterns, whether they want to or not," he points out. "The last record they'd made, they recorded it themselves and were super-pixelated inside the process. I think they knew for sure that they didn't want to do that again, just for the sheer fact that it took them a year to make. So, I think they needed somebody who could come in and just get it done.

"In terms of pushing them out of their comfort zones, I think that we totally understand each other. But at the same time, I'm not nearly as cerebral as them. I'm very in the moment, kind of spontaneous: 'Let's capture a feeling and not worry about the details too much.' Whereas they have a tendency to sort of sit there and really scratch their chins over every decision. I think it was painful for them to be with somebody who didn't encourage that. That would cause them anxiety sometimes, but ultimately we found our flow."

John Congleton: "I'm very in the moment, kind of spontaneous: 'Let's capture a feeling and not worry about the details too much.' Whereas they have a tendency to sort of sit there and really scratch their chins over every decision."

Straight away, Congleton recognised certain familiar patterns in Steadman's songwriting that could use a little reshaping. "I'd get to a certain point in the song and have a little drop down and then build back up again," says Steadman. "John noticed it and was like, 'We should try and stop doing that so much.' That instantly made us feel like we'd made the right choice, 'cause someone's pushing us to do things differently."

"Yeah, there were some global comments like that I had," laughs Congleton. "'You always do this thing in your song.' I don't think they'd ever even realised it. You don't see it. But, you know, that's why you bring in somebody from the outside." 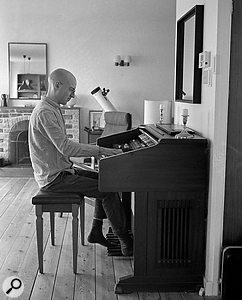 Writing sessions for the album took place at a friend's cottage in Cornwall. Singer and co-producer Jack Meadows experiments with an organ part.The songs had originally been built up over nearly a year. For a week every month from October 2018 to July 2019, Jack Steadman and Ed Nash travelled to the Cornish village of Portwrinkle, putting together two recording setups — one on the ground floor, one upstairs — in a house borrowed from a friend. "We'd take just as much as we could fit in a car really," says Steadman. "A very small cocktail drum kit, our laptops, a pair of those new Yamaha monitors."

"It's amazing how much you can fit in a car," laughs Nash. "I did everything downstairs on headphones, otherwise it would have been unworkable, I think."

Both used different DAWs for their initial writing and programming, Nash's preference being Ableton Live, while Steadman worked with Magix Samplitude. "It's pretty much like Pro Tools, but it's really quick to edit the objects [aka events or clips in other DAWs]," Steadman says. "It's good for me 'cause I like to chop things up all the time and put them in different arrangements and sample as we go. It's all very simple."

Steadman played his cocktail kit to get a human feel into his drum tracks, before using Samplitude to send MIDI triggers into Native Instruments' Maschine. "I then audition the hundreds of sample packs that I have and find some drum sounds," he says. "I love blending samples with a kit. A lot of the stuff I do comes from laziness, really. Like, rather than investing in a really nice set of mics and learning how to record a drum kit, I've always just done it in a really kind of garagey way: stuck a mic on a kit and then used loads of samples to make it have the punch and the clarity."

Maschine was also used to create some of the feature elements in the tracks, such as the cut-up horns on 'Get Up' and the flute samples on 'Do You Feel Loved?', while the chopped-up female vocal samples on 'Let You Go' were reassembled in Teenage Engineering's OP-1.

"In Maschine, like an MPC," says Steadman, "I spread a sample across 16 pads and then play it in a different order and see what happens. I got an OP-1 in probably 2012 and that's got an FM radio on it. So that sample is lifted directly just from a radio station. We were on tour in America somewhere, so it was just a day off and you're listening to some random station. You can sample it and chop it up directly on the OP-1."

Another key piece of hardware that had an impact on the sound of the record — particularly the first single 'Eat, Sleep, Wake (Nothing But You)' — was Steadman's newly bought Korg ARP Odyssey. "The first trip we took to Cornwall, we were getting set up and the 'Eat, Sleep, Wake' riff was just the first thing I played." Steadman's other go-to synth is an Oberheim Matrix 1000: "I love it just 'cause it's so small. I take that everywhere with me. I also love that it's just presets. I like keeping an element of luck and chance in the studio. So, when you have full control, it's great when you have a specific idea. But sometimes I don't know what I want and I want to be surprised. So, you just flick through the sounds and you get pleasantly surprised by one."

Steadman also uses effects plug-ins to craft sounds at the writing stage, leaning heavily on the SoundToys range. "My overused one is probably the Devil-Loc [Audio Level Destroyer]. Just for every drum sound. Especially when you're travelling light with a small kit and just one mic, it kinda just makes things sound a lot beefier. You have to kind of dial it down a little bit, otherwise it can get quite fatiguing. But I really like it.

"Also, I really love EchoBoy. Not for its delay, but just to turn it 100 percent wet and the delay onto zero. And then you're kind of modelling different sounds. Like, if you want something to sound really crackly and old, you can just use the tape delay. But you're not actually delaying anything. You're just feeding the signal into it and you can saturate things and get some really cool sounds."