At Home In The Studio By Joe Matera 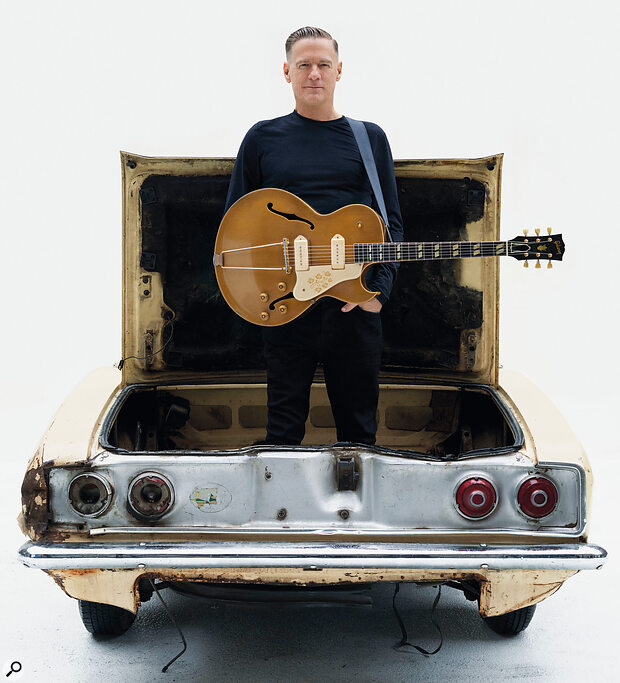 Like any true rock star, Bryan Adams is most at home in the studio!

“My love for recording started when I was about 14,” says Bryan Adams. “I took a course at school called Electronic Music and one of the things we studied was musique concrète which included composers such as Stockhausen and things like that. We’d play around with editing sounds and collecting sounds on small tape recorders, where we would then take them and make a collage of sounds out of it. It was a strange thing to be doing back in those days, but there were electronic artists like Tomita and Rick Wakeman that were happening at the time. It was quite fast and quite strange but amazing to be doing that when I was that age.”

It’s not something you expect to hear from a rock & roll superstar, but it was an experience that ignited the Canadian singer’s lifelong obsession with recording, and one which would set him on the path to becoming one of the world’s biggest rock acts. Since then, Adams has released 15 studio albums — his latest, So Happy It Hurts, was issued in March this year — and amassed over 100 million record sales, with his 1991 worldwide hit ‘(Everything I Do) I Do It For You’ enjoying a record‑breaking run of 16 consecutive weeks at the top of the UK charts.

Bryan Adams: "My love for recording started when I was about 14, I took a course at school called Electronic Music and one of the things we studied was musique concrète."

At the dawning of his career, Adams set up his first studio in the basement of his home. Later, in the aftermath of his worldwide success, he put together The Warehouse Studio, a three‑storey major commercial recording complex in Vancouver, Canada. As well as Adams himself, major stars from AC/DC and REM to Bon Jovi and Muse have used its recording facilities over the years.

“I bought the building in ’89 and sort of started getting bits and pieces fixed on it as it was a complete wreck,” explains Adams. “The building had been neglected for years and years, and they also had a fire in it at one point and all kinds of stuff. Basically, I was just trying to find different builders to help me put it back together again. I went through city archives to try and find photographs of it from the turn of the century, to try and find the original architraves and window designs that used to be on the building and then have them refabricated.”

The refit would take several years, and the studio finally became fully operational in 1997. In the interim, Adams’ own projects were recorded either in his West Vancouver home basement studio, with an SSL 4072 G+ console at its core, or on a custom‑built mobile recording unit. “On the Waking Up The Neighbours album [1991] we did some of the stuff in my basement, and then for the next album 18 Till I Die [1996] we built a mobile unit and ended up recording with that. The mobile unit was a little recording desk with a very expensive digital tape machine which now sits collecting dust in the studio. It was a Sony 3348 48‑track machine which, at the time, was the state of the art for recording. With the mobile unit, we set it up in Jamacia where producer Mutt Lange and I rented a house, and basically for six months we started making a record there. Then after six months we decided we’d go to France, so we went there and rented Johnny Hallyday’s house called La Lorada in Ramatuelle and set up a studio there. 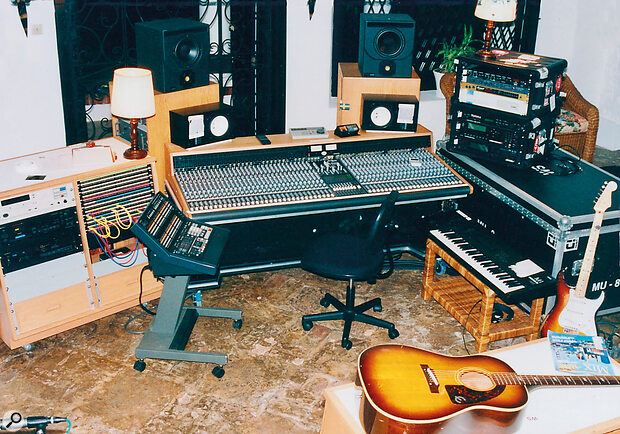 This mobile rig, based around a small console and a Sony 3348 digital multitrack, was used as the main tracking setup for Bryan Adams’ 1996 album 18 Til I Die.Photo: Ron Obvious

“Then we got really adventurous and bought another SSL, which I don’t have any more. It lived at The Warehouse for a short period of time, but it was so unbelievably expensive to run. It was basically like having just a giant heater, it was sucking so much electricity that I had to get rid of it. Anyway, we set that up in the house we were renting in France and worked on 18 Till I Die.”

Throughout his career Adams has worked with the biggest names in the studio business, notably engineer and producer Bob Clearmountain and then later on uber‑producer Robert ‘Mutt’ Lange. “I wish I had all the techniques that those guys have, particularly Clearmountain who comes from an engineering background,” says Adams. “Back in the days before there was digital and computers and before you could manipulate sound and do sampling and all that stuff, it came down to being able to get really great drum and guitar sounds. 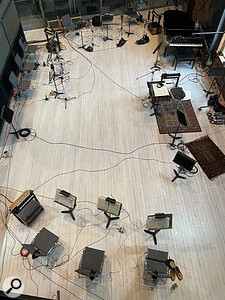 The capacious live room at The Warehouse set up for a horn session.“With Cuts Like A Knife [1983], we were basically dealing with a dead studio in Vancouver [Little Mountain Sound],” says Adams. “So Bob very cleverly put the drum kit in front of some loading bay doors and built this sort of tunnel out of some studio sheeting. We then hung two microphones in this loading bay and the drums were recorded in the dead room but the ambiance was recorded in this loading bay. So that record and Reckless [1984] both have the sound which Bob created out of this funny old loading bay and this really dead studio. And what I learned from that was that you don’t have to record in a room that you’re given. You can experiment and try other ways of making sounds.”

Later, the recording process for Waking Up The Neighbours took more than a year and proved laborious. “When I first went to Mutt I had written an album with Jim [Vallance], and when I played it for Mutt he said, ‘Yeah, that’s nice, but let’s write another one!’” explains Adams. “So what we did was we took bits and pieces of the album I had written with Jim and rewrote them and put them in new songs. There is nothing left of that original album because it was all ripped apart and redesigned for Waking Up The Neighbours....