Response to your letters, emails and calls By Paul White

In the July issue's Leader column, I think Paul has unintentionally misrepresented the views of free software developers producing audio and music applications for Linux and other platforms. There are people who think software should be free, but they're not demanding that proprietary software houses give away their creations. 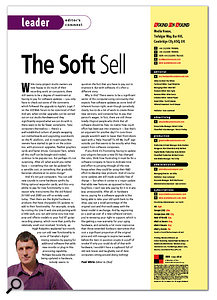 Instead, they are writing their own software and giving the source code away, which of course they are perfectly entitled to do. It has practical benefits because software needs active maintenance to remain useful, so the more people who have access to the code, the better.

The argument that software and physical property, such as the stuff in your house, are equivalent will always fall on its face. At the end of the day, software is just a bunch of numbers. If I create a piece of software, I can burn it on to CDs any number of times for a few pence each or, even more cheaply, put it on a web server. The people I give the software to can pass it on further, until between us we've created millions of copies at negligible cost.

Unfortunately, what's true for software binaries is not true for the atoms in physical property. I can't take my guitar and make thousands or millions of perfect copies of it using my computer. In fact, each copy I make could cost at least as much or more than the first one, assuming I actually had the skills required to copy a guitar. So while I'm happy to distribute free software, I wouldn't let just anyone borrow my guitar — and there's nothing illogical about that.

A problem is created when proprietary software companies try to have it both ways. On the one hand, they want to be able to use CD-ROM and Internet technologies to mass-produce software at a very high profit margin. On the other hand, they pretend to be upset when other people use exactly the same technologies to copy the software without paying for it.

Proprietary software companies moan about so-called 'piracy', but in truth they'd rather have an unpaid-for copy of their own software running on your machine than a paid-for copy from their competitor. It's how a particular application becomes a de facto standard. Every time someone passes a installer CD to their friend, they are participating in viral marketing for that company.

Hardware prices have fallen dramatically, but proprietary music software is as expensive as ever. I mean, £1450 for a single copy of Nuendo, with known bugs? I'd resent having to pay for bug-fix updates too. Is it any wonder that students and musicians are writing their own software?

Editor In Chief Paul White replies: I don't think I ever intimated that people shouldn't be allowed to develop and distribute free software — I'm all for it where people have the time, patience and altruistic drive to do so. As to your observation that software is just a bunch of numbers, that's also perfectly true, but then a book is just a collection of letters and a top-of-the-range BMW is just a bunch of atoms. The hard work comes in arranging the numbers, letters or atoms in the right sequence to make a product, and whether that product is hardware or software, somebody has to use their time to create it. After all, atoms are pretty much as free as numbers and they've been lying around almost as long as time itself, so I really don't see the distinction.

I know that mechanical products have to be manufactured rather than simply stamped onto a CD-ROM, but in most cases, the real cost is in the development of the product, the manufacturing plant and setting up the machinery. Once the production line is ready to run, what falls out of the other end often costs the manufacturer little more than the raw material cost, but they still have to charge a lot more to cover the setup costs. Software is much the same — the material cost of the CD-ROM, manual and so on may be negligible, but the software company's profit margins are still wafer-thin because they have to cover the costs of development. 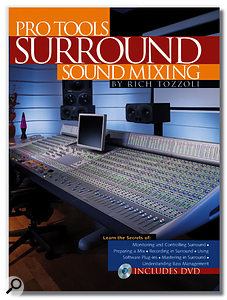 As to the retail cost of proprietary software, I agree that some of it is expensive and some is rather more buggy than it ideally should be, but the choice as to whether or not to purchase it is entirely yours. If you can get by using free software written by musicians and students, then that's great.

As a longtime SOS reader, I was happy to see my book, Pro Tools Surround Sound Mixing [Backbeat Books www.backbeatbooks.com ], mentioned in Mike Thornton's column [see Pro Tools Notes, SOS June 2005]. However, he said "The book is called Pro Tools Surround Sound Mixing, and is written by Rich Tozzoli, who describes himself as a 'surround sound guru'." Ouch! I certainly would never call myself that, as my experience is garnered simply from hard work, experimentation and making mistakes. 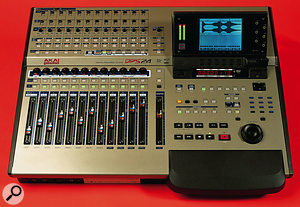 I read with interest the letter from Rupert in Bath (surely a dangerous place to use electrical kit) concerning his problems getting signals to tracks on the Akai DPS24 [see Q&A, SOS June 2005]. It got an exellent and informative reply.

I think Rupert needs to do two things. Firstly he should try the 'tracks direct' patch presets, and more importantly, check out a really great forum — DPS World http://dpsworld.vibestudio.net. Here he can share the angst that is the natural result of any Akai manual, and get great advice from experienced DPS24 users. There's also a rather wonderful quick-start guide. The site is entirely independent, and populated by great people.