How I Got That Sound: Andy Wright 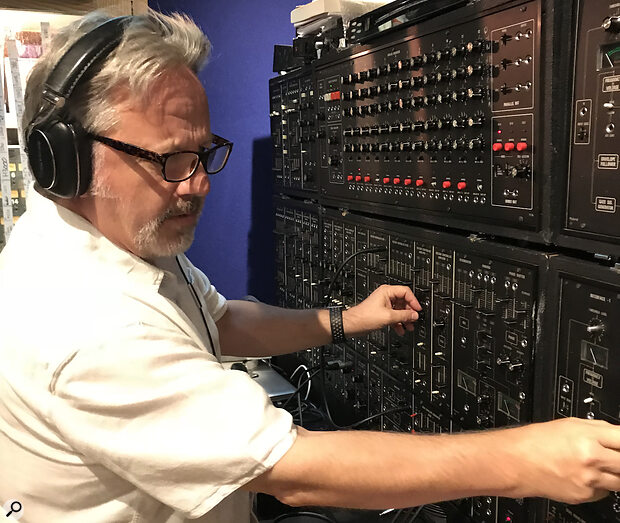 London‑based record producer, programmer and session musician Andy Wright began his studio career at Trident Studios in 1984 and went on to work with artists such as Simple Minds, Simply Red, Jeff Beck, Eurythmics, Atomic Kitten, Imelda May and many, many others. In due course his work earned him a slew of gold, platinum and multi‑platinum awards. In 1995, a decade after beginning his career, he created the unique sounds and beats that featured on Simply Red’s first number one UK single, ‘Fairground’. This led to Wright receiving production credits on every Simply Red album since.

Asked to select a favourite among the thousands of sounds he’s had a hand in creating, Wright chooses the drum sound from ‘Dirty Mind’, on Jeff Beck’s 2000 album You Had It Coming. It’s a tale that highlights the influence that the record producer can have on the sound of an album. 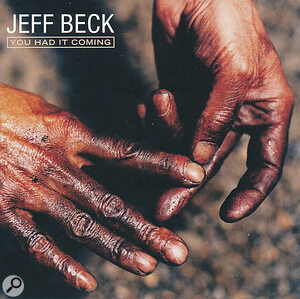 'Dirty Mind' is a track from Jeff Beck's album 'You Had It Coming', released in 2000.“The drum sound on ‘Dirty Mind’, and many of the others on that album, was created largely by programmer Aidan Love, who I had brought in to work on the album with me. Aidan had a programming room next to my studio in West London and I regularly heard cool beats spewing out of his room at high volume and tempo. Whilst programming beats with loops and samples in Logic with an Akai S1000, he filtered a lot of the sounds through his pedalboard, which notably had a Morley Power Fuzz pedal on it as well as a RAT distortion and a Boss DDL. He would then resample these loops with real‑time performances on the pedals and compile powerful loops.

“Jeff Beck has always been an innovator, and I felt that he would find it inspiring to play over all these kinds of beats. I briefed Aidan with the idea of making the drum parts sound like pieces of music in themselves, and for a songwriting share of course!

“At this stage of the process, I also requested that they had no pitch tonality except for the basic tonality of drums, so that we could compose over them without the restriction of keys, something I had learnt from trying to write songs over loops many times before. The brief was to make it sound like an instrument in itself. We built it all on Logic Pro as a sound and we were going for something that was quite industrial and a little bit in the style of the Chemical Brothers, who were contemporaries at the time.”

“Once we had a sound which was rocking, interesting and crusty, we would record that down onto a DAT tape as a piece of music running live, and I would record that back into [MOTU] Digital Performer, which I was using at the time. As the brief was to make it sound like a piece of music, Aidan built some form into his part with fills, drops, builds and effects. I would then use the different parts to punctuate the changes in the song as it was written.

Andy Wright: A few weeks into the process we moved to a big studio to record the work down, and found that outputting individual sounds across 10 tracks of multitrack tape sounded significantly inferior to the composite sound coming out of the stereo output of the Akai S1000.

“Critically, a few weeks into the process we moved to a big studio to record the work down, and found that outputting individual sounds across 10 tracks of multitrack tape sounded significantly inferior to the composite sound coming out of the stereo output of the Akai S1000. It was my decision then to commit to the stereo on tape, which is how it stayed. A Grammy Award for Best Rock Instrumental Performance helped continue to cement Jeff’s place as one of the greatest musicians in rock history!”