How I Got That Sound: Martin Landquist 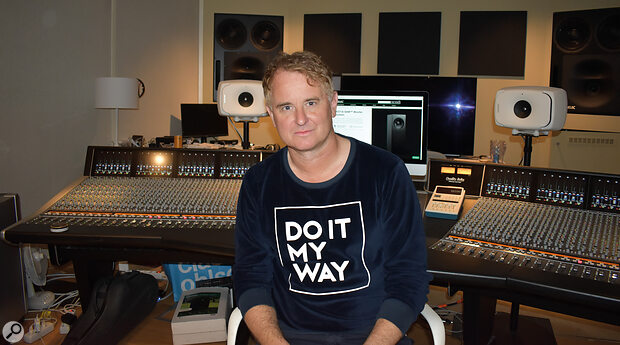 Here Landquist reveals how he got his favourite sound on A‑ha’s ‘Lifelines’, the 2002 title track to the Norwegian synth‑popsters’ seventh studio album.

Martin Landquist is a Swedish producer, remixer, songwriter and composer of film music. His credits include A‑ha, the Cardigans, Kent, Meja and many others. Martin has been a BMG songwriter since 2014, and is currently working on the fourth album by his electronic project Nåid, due to be released in 2022.

“On the upbeat of the intro of ‘Lifelines’ you will hear an Ebow sound that runs through each chorus. I have always felt that this line really captures the melancholy of the song. The sound was not revolutionary, but its ability to survive to the end of a very long and complex recording process was simply astonishing!” 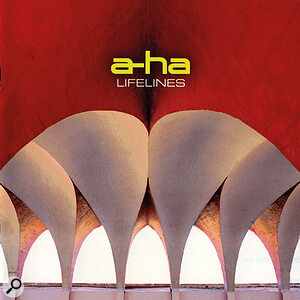 “I was looking for a part that could melodically interact with the string arrangement without taking too much space. I tried different instruments but the Ebow found its natural place in the mix. It also had a solitary feel that went so well with the sentiment of the lyrics. I played and recorded the guitar line in my studio in Stockholm while working on A‑ha’s original demos. I used a Marshall JMP1 and lined it straight into the computer. It sounded very bland and I was trying to make it sound more synthesized without it taking too much space. A‑ha has always had an element of electronic in their sound, and I was looking for that effect without losing any of the feel of the guitar line.

“We ended up feeding the guitar track into a Roland RE‑201 tape delay. We hardly put any effects on. We just slightly distorted the sound using the inputs of the delay. That signal was then fed into my [EMS] Synthi AKS input. The filters of the Synthi were amazing and we found a slight modulated setting that worked perfectly with the line. The Synthi has a built‑in reverb and two little speakers. I added a little reverb and then miked the Synthi up using an AKG 414 Microphone.

Finally, this signal went through a Calrec PQ1740 [channel strip] and then back into the DAW. It was quite a journey! And the journey continued for months, travelling to multiple studios across three different countries: Sweden, Norway and England. Musical parts were dropped and added en masse but this guitar line stayed in there until the end.

Martin Landquist: The sound was not revolutionary, but its ability to survive to the end of a very long and complex recording process was simply astonishing!

“It was a complicated process recording the album. The members worked more or less separately with different producers. Songs were assigned to the respective producers, so we all worked simultaneously in different studios. To do the vocals we flew to Oslo and brought the files with us from my studio. So it was quite a challenge to mix the album since the songs came from many different sources. But Michael Brauer and his team did an amazing job mixing the album and making it sound whole. And still today I am amazed and happy that this little guitar made it all the way!”