How I Got That Sound: Stabbing Westward 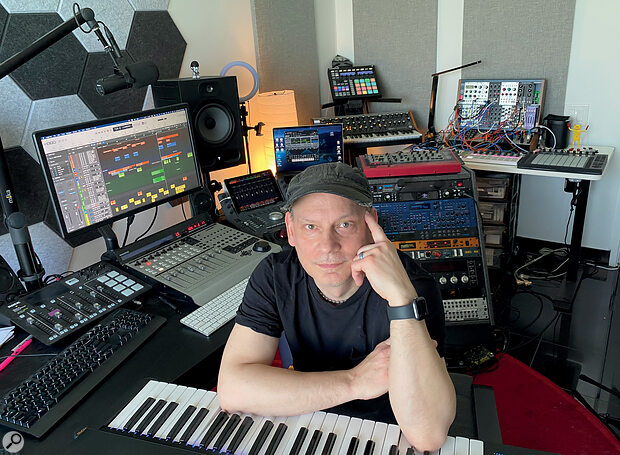 Walter Flakus and Christopher Hall founded Stabbing Westward in 1985. The industrial rock band released four albums before parting ways in 2002. They reformed in 2016, and this year saw the release of Chasing Ghosts, the first new Stabbing Westward album in 21 years.

Asked to pick a favourite sound from the band’s influential catalogue, Flakus dives into the track ‘Drugstore’, from 1998 album Darkest Days. “My personal favourite sound is the first whale sound you hear at the start of the song. I call it a ‘JD moan’ because it actually came from a Roland JD‑800 synthesizer, which was the bigger version of that model with all the sliders on it.” 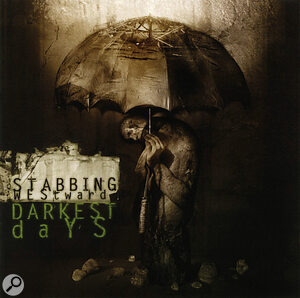 “The song kind of starts off with a kick drum, which was a Coke can that we miked up and then tapped away, then ran it backwards and then we fed it through an Alesis QuadraVerb GT. It was one of the things we used a lot in the early days of the band. It was a unit that had a preamp, as well as distortion too. The Alesis QuadraVerb GT was a pretty affordable effect unit in the 1990s, but it was geared more towards guitar players. When we were working on ‘Drugstore’, we thought ‘Why just use it for guitars and not also with keyboards?’ I also ran it through a Boss GX‑700 just to give it more grit, which gave us that percussion sound you hear at the beginning.

“Then this one note comes in which is being driven hard with a pitch bender, and I then ran it through several different effect units. On the GX‑700 you can humanise things. For example, you can pick out just the vowel sounds of the sound you’re putting through it, and you can put it through the unit’s built‑in EQ filter. By doing this, it was able to grab all the right frequencies we needed in order to make this sound that just screamed. We used to start our set with ‘Drugstore’ on many occasions over the years, because it just had this amazing power to it.

Walter Flakus: “Patching things together with different effect units can help you discover so many sounds.”

“Patching things together with different effect units can help you discover so many sounds, like running a keyboard through a distortion, which is something you may never think of doing when you pull up a software synth or something like that. But you’ve got to pull it out and run it through different things in order to achieve more unique textures and sounds.

“That sound [and album] was recorded at Eldorado Studios in Burbank, California and we worked with producer Dave Jerden who had all the keys set up in the main control room along with all the effect units and we just patched it all in there. With the recording of that sound, we went straight out of the keyboard into the Alesis QuadraVerb GT, patched it through to the Boss GX‑700 and used the unit’s EQ and that was it.”