How I Got That Sound: Andrew Maury 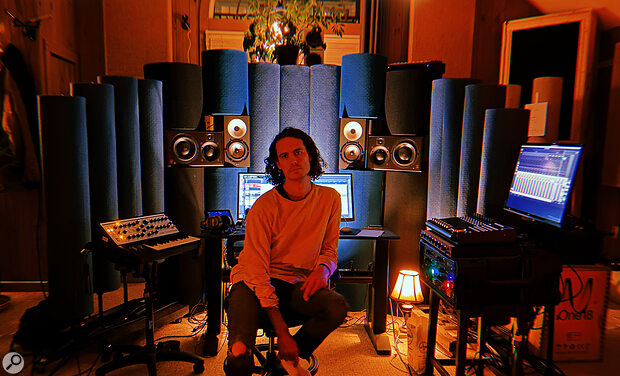 New York‑based engineer and producer Andrew Maury spent years mixing front of house on tour before making the transition into studio mixing. Since then he has worked with a diverse group of major‑label and independent artists including Lewis Del Mar, Shawn Mendes, Youngr, Post Malone, Kimbra and the Kooks. He also mixed the 2020 Grammy‑winning song ‘Jerome’ by Lizzo. Asked to trace the story of his favourite sound, he nominates the track ‘Loud(y)’ by pop duo Lewis Del Mar.

“This track is both a favourite production of mine and something that caught a lot of people’s attention. It was the band’s first released single and it also garnered a music industry frenzy and a lot of press. The song is about how noisy and verbose the world has become — particularly on the internet. The band’s original self‑recorded demo was quite calm in its production style. It had drums with the snare wires off and everything was acoustic and played quite delicately. There was an interesting irony in that approach, but we ended up injecting a ton of distortion and power into the song to more overtly elevate its message.”

“The original demo drums can be heard for two measures in the beginning of the song. After the first lyric ‘Can you please sit the fuck down...’ the re‑recorded drums drop in for an explosive moment. Those new drums were recorded with four mics on a basic kit with no toms in a small, dry room. We used an AKG D112 inside the kick, an NS10 speaker as a ‘sub kick’, an SM57 on snare top, and an old RCA 74B ribbon mic aimed at the side of the snare drum and hi‑hat, probably somewhere under the crash cymbal. On their own, the recorded mics sound nothing like the final mix.

Andrew Maury: This drum mix is all about the interaction of a finely tuned chain of processing. Changing the volume of one mic or tweaking the compression timing could totally throw off the energy.

“A majority of the drum sound comes from the RCA, which has a very metallic and colourful midrange. That mic is smashed up with the Waves TG12345 Channel. All of the mics then feed a drum bus with a pretty aggressive chain. I used some basic EQ, FabFilter Saturn to control/gate the low frequencies, Kush Audio Pusher to create a unique distortion texture which sounds alien and transient‑rich, and an old CBS Labs 4450 broadcast limiter as a final saturation stage in the analogue domain.

“This drum mix is all about the interaction of a finely tuned chain of processing. Changing the volume of one mic or tweaking the compression timing could totally throw off the energy. I probably tweaked the nuances of the chain for an hour before finding the chemistry that gave it groove and compatibility with the vocal.”

“Another staple in the soundscape of ‘Loud(y)’ is the contrast between the distorted guitar stabs and acoustic guitar slides in the chorus. It’s a pretty intense call‑and‑response dynamic that helps the slow tempo of the song feel like it has a lot of momentum. The guitar stabs are single notes played on the low ‘E’ string of a Strat into a Boss OC3 octave pedal, to generate an octave down, into a Zvex Fuzz Factory distortion pedal, to both gate the signal and bring out a really fizzy distortion that matches the character of the drums. The acoustic guitars are roughed up with SoundToys Decapitator and a lot of compression.

"It was fun to push sonic boundaries and create unique textures on this one. The result is a song that cut through the noise — as loud as it is out there.”