How I Got That Sound: Poo Bear 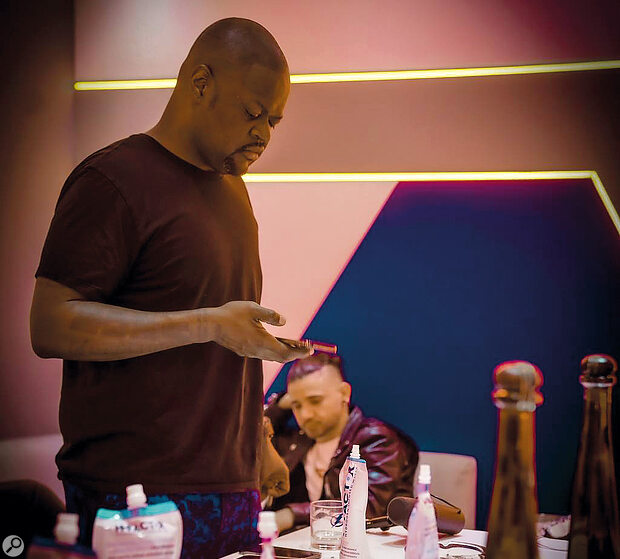 Poo Bear, real name Jason Boyd, is an American two‑time Grammy Award‑nominated songwriter, producer and principal collaborator of pop megastar Justin Bieber. Alongside his work with Bieber, he’s worked with artists ranging from Lupe Fiasco and Mariah Carey to Billie Eilish and Ed Sheeran. He has amassed a staggering 300 major songwriting and production credits and his catalogue has registered sales of over 350 million worldwide. Asked to choose a favourite among all the sounds he’s created on record, he chooses his own vocal on a track from Bieber’s Changes album.

“Because I feel it’s important to have vocal textures in music to make them feel warm and not so sterile, my favourite sound is my vocal part I added in ‘Habitual’. It occurs in the turnaround section of the song, where it goes, ‘la‑la, da‑da, da‑da, da‑da...’

“It’s a falsetto part and it allows the music to flow and to gel a lot more, making it warmer‑sounding too. Sometimes a vocal texture can be in your face, or sometimes it can be tucked in, but at the end of the day, it’s a vital element in making the track warmer. There are so many digital sounds in today’s music that adding this type of vocal really takes it back to an organic sound, which I believe really brings most music to life. Being able to manipulate your vocal is really important too and for this song it was the icing on the cake.” 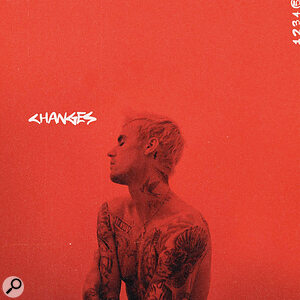 “I used a Shure SM7 mic, which is a real inexpensive microphone, the type radio hosts use a lot. Michael Jackson actually recorded Thriller in its entirety using this same mic. A lot of people like to use real expensive mics like a Neumann or Sony, you know, mics that costs thousands of dollars. But I’m the opposite, I prefer the less expensive types.

“Everything has been so digitalised today that warmth has gone out. And with these new mics you can literally hear somebody’s blood going through their veins, or their stomach when they’re hungry, as they’re incredibly sensitive mics. Using the SM7 allowed me to pick up what was directly in front of my mouth, so I could literally play the music and record at the same time without the need for headphones and without worrying about the music bleeding through the mic because it’s one‑directional, right into my mouth. I record everything this way.

“I like to hear myself in my real form. I don’t want to hear my voice going through wires and coming back through my ears, as it doesn’t feel real and, personally, I can’t connect with it like that. I also don’t use a recording booth, as I feel all the energy is in the room that you’re creating in. The second you leave that space and go into a booth that’s been designed to be dead‑sounding, any energy, any frequency or vibrations, the booth will absorb everything, and that energy then all goes away. I recorded my vocal part in the control room of Rich Music studio in Miami, Florida. I placed a lot of reverb and a decent amount of compression onto my part via plug‑ins, and there was no Auto‑Tune used. I wanted it to be raw and organic so that it balanced out all the digital sounds that were on the song.”