How I Got That Sound: Tyler Bates 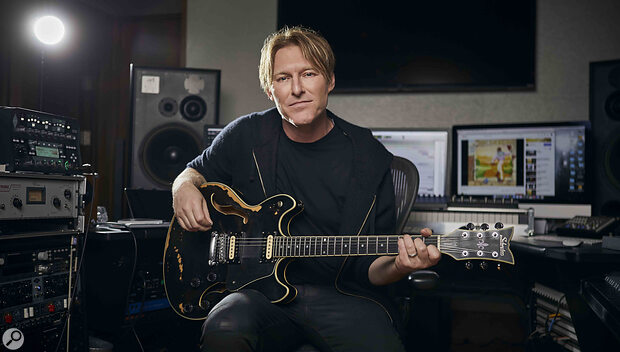 American musician and producer Tyler Bates has etched out a successful career as an in‑demand composer for film, television and video game scores, with much of his work coming in the action and horror genres. Movies for which Bates has composed scores include Deadpool 2, Watchmen, Dawn Of The Dead, 300, Halloween and the John Wick franchise, to name but a few. Asked to nominate a favourite among the many weird and wonderful sounds he’s created, he chooses ‘Another Failed Escape’ from Rob Zombie’s 2005 horror film The Devil’s Rejects. 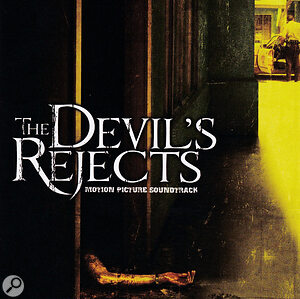 “Sometime in late 2004, Rob Zombie asked me to create something that was ‘primal and fucked up’ — something that had never been heard before. My aim was to create a tapestry of disturbed tonal frequencies that would heighten the level of psychological discomfort for the audience of this entirely disturbing and gritty film. Prior to this film, I studied the effects of various frequencies on the mind and the body, and also how rhythm affects a person’s heart rate, especially when polyrhythms pull apart over time. The impact of applying the principles I learned from my studies resulted in making people sweat!

“The sounds we made for that movie are all from loops that my long‑time collaborator Wolfgang Matthes and I created specifically for the film, and formatted to be played back in Logic on the EXS24 sampler. In The Devil’s Rejects there is a ‘headspace’ sequence where Baby throws a knife at one of the tormented victims. That scene is steeped in insanity and murderous realism, so my approach was to transcend the victim’s psychological state of mind as the scene unfolded, which was not a prompt for a hummable melody.

Tyler Bates: I studied the effects of various frequencies on the mind and the body, and also how rhythm affects a person’s heart rate, especially when polyrhythms pull apart over time.

“Where in most films I consider the timbre of the actor’s voices when writing music, here I was free to employ every frequency in the tonal spectrum because the practical and production sound was muted for this sequence. Much of the sound in this sequence involved an MOTM modular synth rig, using Nan Vernon’s voice as a sound source in addition to footsteps, mallet instruments, and copious amounts of distortion from guitar pedals and synth modules, all designed to be implemented to drive the story forward as one would a more traditional movie.

“The Kurzweil K2500 is also a character in that score, and several I did prior to The Devil’s Rejects. The amp in the K2500 is unique from any other synth I’ve worked with. The Dave Smith Evolver was apparent in the driving pulses throughout the movie. Nowadays, there are 100 soft synths available to create a similar texture but the Evolver and the Korg Mono/Poly have the richest sound quality I have discovered for pulses. All of the sounds on this score were created and performed as the music was developed, similar to writing and producing a record. This one just happens to sound a bit more like music for a bloodletting ceremony than Guardians Of The Galaxy.”