How I Got That Sound: Danny Elfman 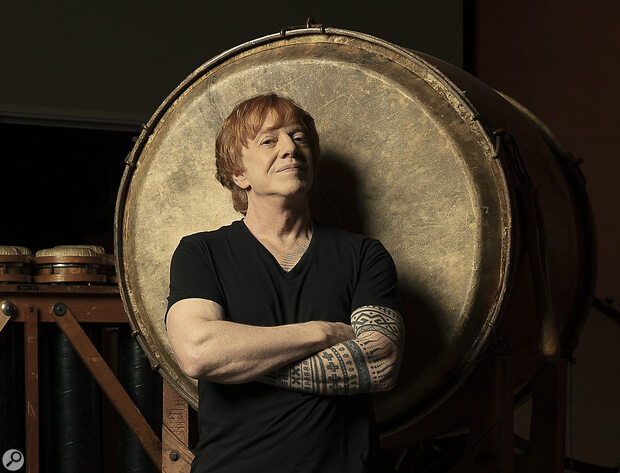 Grammy and Emmy Award‑winning American composer Danny Elfman first came to public attention in the 1980s as leader of new wave outfit Oingo Boingo. In the 1990s, he segued into film and television scoring and has composed music for over 100 films including Batman, Men In Black and Spider‑Man, along with television themes for popular series such as The Simpsons as well as numerous advertising campaigns.

He recently released his latest solo album Big Mess, and chose 'True', a track from the album, as his favourite sonic achievement. 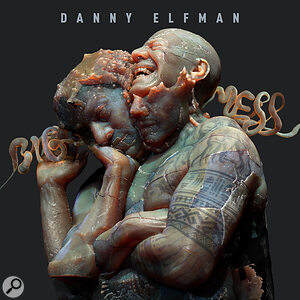 “I built the track outside of my usual studio, due to having been in quarantine with my family outside of the city. Because of that I had very little gear with me. In this location I had no studio, only a small writing room to record in. I did have my computer, of course, with my samples, and Digital Performer, which was my DAW for all my recordings on Big Mess. But I only had one mic, one guitar and a pair of headphones — which didn’t even work!

First, I started building the rhythm section using synths I programmed for the bass, which the whole song revolves around, and electronic drum samples I had. When I got a nice heavy feel I liked, then I began improvising on the guitar. I was playing rhythmic patterns, strumming really hard to get overtones out of it, and when I got bits I liked, I made some loops out of them which had a very jagged sound. I got to a point where the feel seemed right. It was raw and I wanted to keep it that way. Even the vocals were all live from the demo and I never replaced them. I discovered I really didn’t need headphones either. I just sang live in front of my speakers, not caring about the sound bleed.

When it came down to finishing recording the track later with the other musicians, ‘True’ was somewhat unique for the album. Most of the tracks I couldn’t wait to replace my samples with live instruments, but on ‘True’, I made an early decision to add very little. Stu [Brooks] did play his bass along with the synth bass, and Josh [Freese] added some live drums, but we kept the synthetic percussion as the dominant sound, unlike the other tracks.”

‘True’ became the only synthetic track on the whole album that was completely constructed with guitar and percussion sounds. The main tool I used to achieve the guitar sound was my [Fractal Audio] Axe‑FX.

“‘True’ became the only synthetic track on the whole album that was completely constructed with guitar and percussion sounds. The main tool I used to achieve the guitar sound was my [Fractal Audio] Axe‑FX. The Axe‑FX is a rack unit that allows you to build your sound any way you want. You choose the cabinet, the amp and the room. Even when it came time to lay down the guitar solo, I initially only wanted it to be a temporary recording with the plan to replace it later. But as I was laying it down, I found a sound I really liked with the Axe‑FX and ended up keeping it.

“I really wanted this song to feel personal, for better or worse. For guitar, I was very much inspired by the sounds of Adrian Belew on the David Bowie Scary Monsters recordings. I appreciated the way Belew would make his solos sound controlled, rhythmic and melodic, yet the notes sometimes felt almost random — of course they weren’t, they were perfect, but his solos always had this wonderful dissonance. So, I applied that mindset to the solo in ‘True’ which after much fretting I finally decided to keep. That was one of the hardest decisions, as I am perfectly aware that I’m a crappy guitarist. I just didn’t care this time.

“The whole rhythm section started from this simple riff; the repeating one bar bass line...‘Da Da Da‑Dum, Da Da Da‑Dum,’ followed by 16 short percussive guitar attacks played as 16th notes which then turned the phrase into a four‑bar riff, and the entire song was constructed out of that very simple pattern. It became the overall feel. As I was putting the vocal down I was thinking to myself, ‘Can I get away with only playing this one bar bass line over and over?’ But my attitude was, ‘Who the fuck cares!’ The song evolved into a bit of a chorus and a melody on the piano, channelling somewhere between John Lennon, Bowie and Nine Inch Nails I guess. I wasn’t consciously thinking that at the time, but I feel that when I listen now.”