How I Got That Sound: Steve Albini 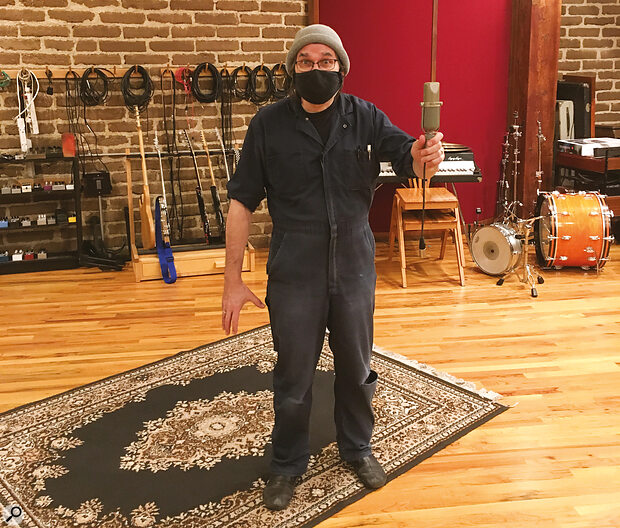 In the first episode of a new column, we asked Steve Albini to choose a favourite sound from his huge back catalogue and explain how it was created.

Producer, engineer, musician and owner of Electrical Audio in Chicago, Steve Albini has engineered more than 1500 recordings with artists ranging from Nirvana and Manic Street Preachers to the Wedding Present and PJ Harvey. In the first episode of a new column, we asked Steve to choose a favourite sound from his huge back catalogue and explain how it was created. Steve nominated the lead vocal on ‘Seasick’, from the Jesus Lizard’s 1991 album Goat.

Goat Of Many Colours

“David Yow is the vocalist for the band the Jesus Lizard, and his on‑stage demeanour is pretty active. He moves around and spends a lot of time in the crowd, generally making a spectacle of himself. In the studio he always wanted to bring some extra performance aspect into the recording process, so we devised some little tricks and gags he could do to effect variations in his vocal sound for the vocal sessions on their album Goat, recorded at Chicago Recording Company in 1990. 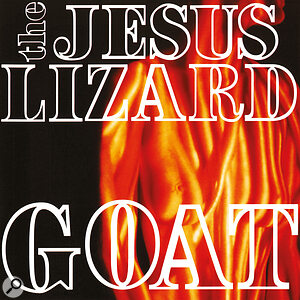 “The most common gag was to have an ambient microphone at a distance, run through an expander — typically a Valley Dyna‑mite — keyed by the mic he was singing into, so that as he got louder, more of the ambient mic was added to the mix. This allowed him to have a kind of creepy close presence for the quieter passages, with a more boomier, ambient sound for the louder parts. We used that a lot, all over the album, but there were more elaborate setups as well.

“On the song ‘Seasick’, he wanted to have several tones on a single vocal performance. In particular he wanted certain phrases to sound strained and filtered, ‘Like my head was in a bucket.’ For the vocal take, we set up several ‘scenes’, and over the course of the song, he moved around the studio and into the different scenes, using a handheld Shure Beta 58 as the principal vocal mic.”

“In the introduction, he sang full voice while standing in the main recording space, a large ambient room, using the ambient vocal technique described above. At about 30 seconds into the song, he leaned over and stuck his head in a bucket for a couple of lines, and we switched to the bucket mic for that section. As I recall the bucket mic was a Crown GLM 100 taped to the top band of his headphones, so that as he stuck his head in the bucket, that mic would hear the change in character.

“For the next verse, he wanted a dry, close sound but not the squelched inside‑a‑bucket sound, so he walked over to the dead portion of the studio, a carpeted area normally used for dry rhythm section tracking in pop sessions, and sang a verse there, facing away from the ambient area and nowhere near the bucket. When time came to go back to the introductory, ambient sound, he turned on his heel and waltzed over to the live room. All this physical activity made for a performance much more in keeping with his on‑stage demeanour, where he would move around the stage and lunge into different parts of the song for emphasis.”