Secrets Of The Mix Engineers: Geoff Swan By Paul Tingen 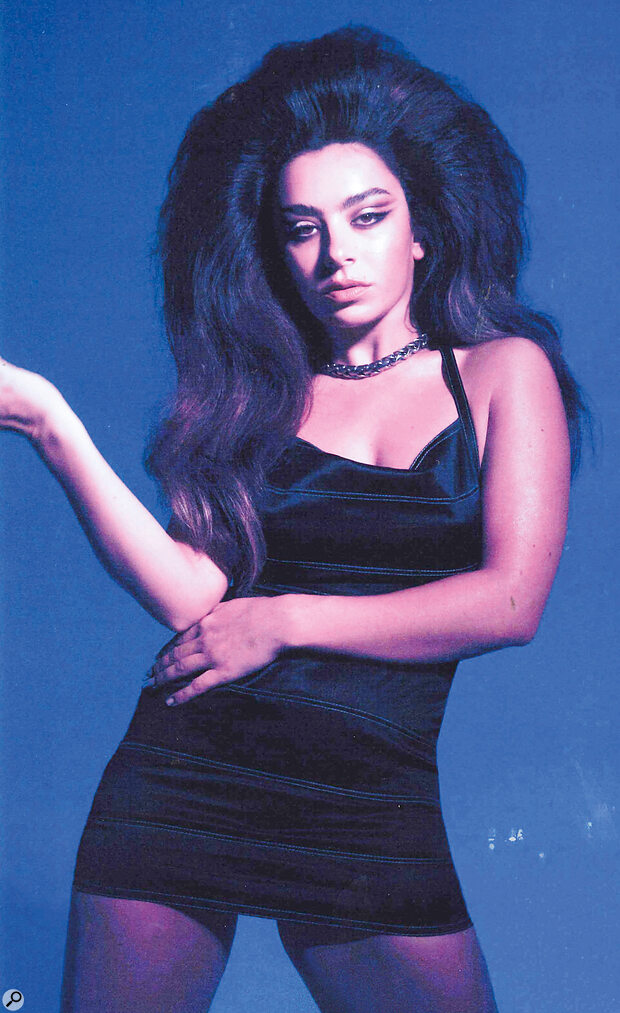 Geoff Swan gave up a successful studio business to become an assistant engineer — a risk which paid off with Charli XCX’s number one album, Crash.

“My mantra for mixing is that it consists of two hours of good work and then eight hours of self‑doubt. But you need that self‑doubt! It’s integral to making sure your mix is the best it can be. My initial mix process is very fast; I get to where I want to be relatively quickly. But then I need to question it.

“I work for 15 minutes, or until I’m really enjoying the mix and think it is sounding good, and at that point I will step out of my studio and take a 10‑15 minute break. I’ll make some coffee, or engage with the kids if they’re around, or do my email. But I’ll do something completely different. 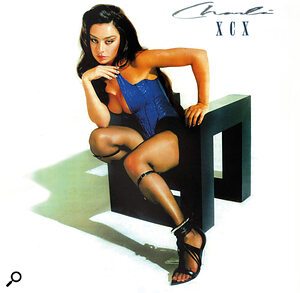 ‘New Shapes’ - Written by Charlotte Aitchison,  Jonnali Parmenius, Héloïse Letissier and Caroline Polachek. Produced by Lotus IV  and Deaton Chris Anthony.“I need to walk away every 15 minutes, or until I think the mix sounds good, because it’s like a reset, an ear break, and if you can reset, you can reduce self‑doubt. A reset allows me to check that I’m not going mad. It’s about staying focused, and not going down rabbit holes and making bad decisions. Or all the time second‑guessing myself. This is a part of my process that I have done for a long time.”

Geoff Swan’s mixing approach speaks of a singular commitment to excellence. It is undoubtedly at the heart of his meteoric rise to the top: in less than half a decade he’s gone from unknown to mixing Anne‑Marie, Calum Scott, Lady Gaga, Rudimental, Jónsi, Ed Sheeran and many more. Recently, he was also the main mixer on Charli XCX’s UK number one album, Crash. Swan’s success is rooted in a number of things, not least his extensive collection of outboard, but most of all it appears to be down to his exceptional attention to detail, and the often unusual working methods he develops as a result.

“I listen in different places in the room,” Swan explains. “The worst thing you can do is mix right in front of your speakers all the time. You can focus on your mix in a forensic manner, but it’s just not how music is consumed. I make some of my best decisions sitting on the sofa at the back, while my assistant is driving Pro Tools for a minute.

“It’s about changing perspectives. If you’re listening to NS10s all day, you’re not going to make the best decisions. So I also have Barefoot Footprint 01, Sonos, hi‑fi and Bluetooth speakers. I listen in the kitchen, or when stepping out of the room from a different space, or in the car. Listening in the car can be one of the most revealing things. If you know your car stereo it can be like cracking a code.”

Swan is talking from his mix room in the New Forest, close to the English South coast and to Southampton. He calls it The Nest, and it’s been in existence since late last Summer. This is the second version of his mix room, which he first built in 2016 when he first set up as an independent mixer following nearly five years as Mark ‘Spike’ Stent’s assistant. 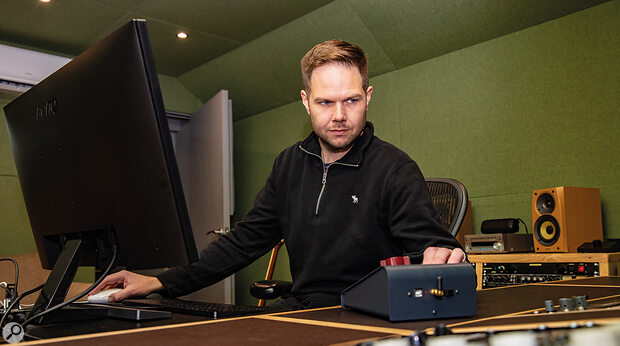 Geoff Swan in the first iteration of his studio, The Nest.

“What I learned from Spike most of all was how to listen, how records should sound, trusting your instincts, and how to listen to what somebody wants, thereby establishing what you’re trying to achieve in a mix. When you’re working with somebody, you learn how they do things, but we all hear differently and we all have different tastes. Certainly when it comes to mixing and playing with balances and EQs, you have to follow your gut and your ears.

Geoff Swann: What I learned from Spike most of all was how to listen, how records should sound, trusting your instincts, and how to listen to what somebody wants, thereby establishing what you’re trying to achieve in a mix.

“In any case, you continually try to improve as a mixer. If you get stuck in doing things one way, you’re never going to get better at your craft. Trying things and experimenting with different techniques is essential. Every time I work with a new artist or producer, I learn how other people listen. If you are lucky enough to work with people multiple times, you can really build a relationship and understand how people hear things. That will inform the process for each person’s record.”

Another aspect of Swan’s career that helps to explain how he managed to become one of the world’s top mixers in just a few years is his background as a producer and studio owner. From this perspective, Swan took a big step backwards when he gave up everything he had achieved to become Stent’s assistant.

“There were times when I was doing things like cleaning SSL channel strips in the freezing cold in January, when I wondered whether I had done the right thing,” recalls Swan. “But ultimately, the learning curve was immense. To understand how records are made at that level was a learning curve towards being a better mixer. The latter was a part of my process at the time that I often fell short on, not least because I was trying to mix my own productions.”

Swan’s long journey to mixing success started, he recalls, “in my local town, Salisbury. I was playing guitar in bands during my teenage years, and often rehearsed at a government‑funded rehearsal space that also had a studio, called Base Connection. My parents were keen for me to study, so I did a Music Technology Bachelor of Science degree at Staffordshire University. By my second year I needed hands‑on experience in a studio, and ended up working at the place where I had rehearsed. This was about 2005.

“The guy who owned the studio, Pete Abbott, eventually allowed me to run the studio for him, and I ended up equipping the studio with my own gear. This is how I became a full‑time engineer. Many of the studios at that time were still working on tape, or maybe ADAT, but I knew Pro Tools, I had a Digi 002 rack, and was able to record 16 channels simultaneously, which meant that I could do things way quicker than anybody else. I was learning on the job, and it gave me the opportunity to create a business that was working.

“After running that basement studio for about three years, I met a producer called Neil Kennedy, who was running a studio in Southampton. We decided to join forces and we founded a studio called The Ranch Production House, in a farm just outside Southampton. We ran that together for five to six years. We put in a second studio and eventually built an 80m‑square live room, and we were buying gear left, right and centre, and ended up with a pretty epic collection. When I went to work for Spike, in 2012, I stepped out of that business.”

It still seems a rather bold move to give up a successful career and a partnership in a successful studio to become an assistant again. Swan acknowledges this, but explains: “When you are working with an artist at a local level, you can spend weeks making it the best it can possibly be, and it can be quite disheartening to put this thing out and to find out that only 600 people have listened to it. My quest was to work on things that people hear. It is lovely to work on something that connects with people on a broader scale....