As one third of the second incarnation of Scritti Politti, David Gamson was the man behind the polished, groove-laden sound of the band’s second album Cupid & Psyche ’85 and their third album, Provision.

After Provision, Gamson went on to write and produce for the likes of Chaka Khan, Meshell Ndegeocello, George Benson and Luther Vandross, and more recently for Kesha, Charli XCX, Jessie J and Kelly Clarkson.

David Gamson first dabbled with synthesizers in his teenage years, playing with his father’s ARP 2600. It was the first step on a very successful musical journey that eventually saw him come to the attention of Rough Trade founder, Geoff Travis. Travis had already signed and nurtured an act fronted by Welshman Green Gartside, called Scritti Politti. Travis saw the potential in both men and they soon began a fruitful career as part of the second incarnation of the band. 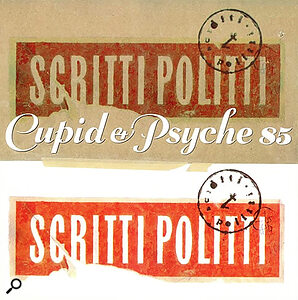 Two globally successful and critically-acclaimed albums followed, Cupid & Psyche '85 and 1988's Provision before the band dispersed, a move brought on by Gartside’s overwhelming distaste for the industry.

During that period, Gamson spent time producing, writing and arranging for the likes of Chaka Khan, Al Jarreau, Luther Vandross, occasionally with Green at his side. However, after a painful, drawn out experience recording Provision, David decided to establish himself more as a producer and writer than a band member and his first post-Scritti effort was for Tony LeMans on Prince’s Paisley Park Records label.

His work as a staff producer at Warner Bros saw him working with Roger Troutman, Sheila E., George Benson and another stint with Chaka Khan. Gamson’s work with Meshell Ndegeocello saw him nominated for multiple Grammys.

After going independent, David found himself working with Green again on Provision’s follow up, 1999’s 'Anomie & Bonhomie', this time solely as producer. After this. he turned his hand to film and TV, working alongside Hans Zimmer on Mission Impossible 2.

More recently, he has focused on songwriting and has worked with a number of high profile artists including Kesha, Adam Lambert, Jessie J and Quinn XCII. Most notably, he received a songwriting GRAMMY nomination for his work on ‘Stronger’ by Kelly Clarkson, a track which sat atop the Billboard Hot #100 for three weeks as well as many other charts worldwide. His work with Charlie XCX, a leading figure in the new PC Music/Hyper Pop genre, came about in no small part due to the fact that Cupid & Psyche ’85 is held in very high regard in those circles. He also co-wrote and produced two new tracks for Scritti’s Absolute 'best of' compilation with his old friend, Green Gartside, delighting fans of the band worldwide.

He also writes reviews and articles for his website, failedmuso.com, and other music-related publications, as well as hosting a weekly livestream on YouTube for the Pro Synth Network and guesting on numerous music technology podcasts and shows.

Outside of his regular day job, he works alongside a number of manufacturers, demonstrating their products and lecturing at various educational and vocational establishments about music technology.