This material leans towards R&B in the vein of Jennifer Lopez and Destiny's Child and draws on a wide range of influences, from soul to jazz-rock. Indeed, the inclusion of an excellent jazz track at the end of the CD and the standard of musicianship throughout suggest that the duo of Graham Pettican and Malaya may work in that area of music for a living. 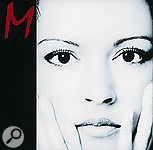 The first few tracks use overdriven electric guitar samples, skilfully played from the keyboard as melodic hooks between the sung lines. Reminiscent of Santana, this sound is clearly a favourite of Graham's but would have more impact if the mixes featuring it were spaced further apart on the CD. A nylon-stringed acoustic could have occasionally been used instead, and would have been in keeping with the R&B genre. Having said that, Graham does use some steel-stringed acoustic guitar samples, and he might also consider taking the same approach with clean electric guitar samples, as heard in recent Ashanti tracks.

The songwriting, arranging and performances are of a high standard throughout and Malaya's voice sounds superb. This is a testament to the quality of the vocalist on a microphone (the AKG C3000) many would regard as an entry-level condenser. For example, on the second track, 'Reach Out', the C3000 in combination with a Dbx valve preamp provides a clear vocal sound, but with enough edge to cut through the full-sounding keyboard textures during the choruses.

I was pleased to hear that the quality of the material holds up well throughout most of the album and the few vocal effects used, all of them standard for the genre, like filtering, modulation and MIDI-triggered Auto-Tune, are handled with confidence. They're also used quite subtly, which seems more in line with the female R&B production style. I should also mention the wonderful backing vocals, both single lines and tracked-up harmonies, which were performed by Malaya herself.

Where more conventional instrumentation is used — the Hammond organ, piano and lead guitar on track four, for example — the string arrangements and hip-hop beats keep the sound firmly in the present. Add to this the effective use of looped 16th-note patterns with a variety of effects like filter and wah, and you have an accomplished piece of work by a duo working in a highly competitive but immensely popular area of the market.

The work of the artist recording at home doesn't stop with mixing and mastering. After post-production tweaking, there's also the running order of the tracks on the CD to consider. Some impact is lost when you put too many tracks with similar instrumentation together, or if the tempo and key of adjacent tracks are the same. You'll obviously want to include your best compositions and it's always worth testing the water by playing a selection of tracks to a few people first and gauging the response. Your best live track may often turn out to be a bit lifeless in the studio, just as a song you never really had much hope for can turn out to be a little gem.

This is a good listen and perfect for chilling out at home. From the opening filtered drum beat to the simple electric piano chords with vibrato moving from A minor seventh to D, it oozes relaxation. And then there's Kevin Jones's voice, a lesson in how to sing in a relaxed and mellow fashion. It's perfectly recorded using the AKG C414, a classic condenser microphone which seems to be a bit out of fashion these days, but which captures the presence of Kevin's voice very well. 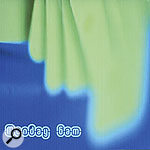 The opening song also features a sympathetic choice of instrumentation. In addition to the electric piano, there's a double-tracked acoustic guitar strumming with an electric guitar picking along in the background. Later, when the backing vocals and electric guitar solo kick in, the drum programming and synthesized loops give the track a contemporary edge. I like the fact that the production has been geared to suit the voice, and the general understatement adds to the laid-back feel.

The second track picks up the pace and proves that Kevin can layer up his voice effectively for multitracked harmonies. Again, a double-tracked acoustic guitar fills out the sound, and the rhythmic inconsistencies between the two takes, which are panned hard left and right, add interest for the listener. This simple rhythmic interaction of instruments shows up again on the third mix. On the play-out (from about three minutes) you can clearly hear the way that the acoustic guitar chords emphasise the first beat of the bar and the electric guitar chords emphasise the third beat, which is an effective way to add a rhythmic swing to the track. Listening closely to the drum track there's also a slow brush stroke on the snare (or a programmed sound that's very much like one) which helps the rhythm by playing initially on the fourth beat, then playing on all four with an emphasis on the fourth beat. This kind of attention to rhythmic detail, although superficially simple, can be very effective and, in this instance, is very well thought out indeed.

Although Kevin's songs are built around fairly ordinary chord sequences he manages to inject enough of his own character into them to give a new lease of life. The mixes sound very professional too. 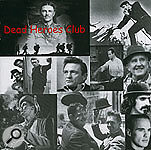 This Irish progressive rock band set out to record as much of their demo as possible live in the studio. I checked out their web site and they have some good live reviews, which suggests a reason for this decision. However, though the band's playing is commendably tight, the bass end of the mix is a little indistinct. It lacks punch because both the bass and kick drum are in the same frequency range and there's no real attack to either sound. In this context, it is the kick which should be sharpened up a bit. The kick drum is one instrument that you can rarely leave with a flat EQ. Try using an EQ cut at 200Hz or so, allowing the bass and upper mid-frequencies to cut through more. Elsewhere there is some excellent mixing and engineering. I particularly liked the start of the third mix, 'Sunrise On The Trenches', where the low notes on a five-string bass extend the frequency range of the mixes rather nicely. Post-production done at another studio adds a professional sheen to the finished CD, but I still think that a demo recorded live at a gig is more likely to capture the energy they're looking for.

Hansom Pilot go for the trashy pop sound and succeed on the songs that use basic keyboard chord pads. Elsewhere, the mixes leave a big gap in the frequency range between the scratchy punk guitar sounds and the bass. This is rectified on the choruses of songs where mellow-sounding block backing vocals are used, because they tend to perform the same function as a low-level keyboard pad. The arrangements sound like live ones, and this demo will work as a promo to get more gigs, especially with the fine vocal performances of Bianca Denham. But a proper studio recording will require more keyboard ideas to enhance interest in the arrangements and add some light and shade to the dynamics. Some of the earlier albums by Elvis Costello, Blondie and the Stranglers would be good places to draw inspiration. I was surprised that the most commercial-sounding tracks were left to last. I'd suggest putting tracks five and six closer to the start of the CD.

Kris likes us so much he sent two CD's separately! One concentrates on film soundtrack material while the other features his songwriting. The instrumental CD mixes are accomplished, and sound good both at a background listening level and right up loud. Kris also has a knack for sound composition, as the rhythmic industrial clanging and steam effects of the third mix demonstrate. What's also impressive about this track is the well-controlled mid-range. It can be so easy to over-equalise these industrial sounds in the mistaken belief that it will add clarity when a good sound balance is all that's required. As a singer Kris is more Depeche Mode than David Sylvian (two of his stated influences) and uses the same kind of cold reverb on his voice as the former quite effectively. However, a few lessons in the use of vocal range and pitching wouldn't go amiss because producing a good vocal tone isn't always enough.

Lisa has also sent two CDs separately, which feature two different versions of a song called 'My Favourite Place', one in the style of power ballad and the other a dance track. Lisa's excellent, well-trained voice has been well recorded using a Rode NT1A mic and a Focusrite Voicemaster. In contrast to the vocals, the backing is as bland as those you purchase for 'live' solo work on the club circuit, and the key change up a tone at the end of the ballad stinks like the cheesy old thing it is! The anthemic house mix of the same song is better fare, although the arpeggios on the chorus should have been better defined and a bit more in time. Both mixes would be improved with backing vocals, and the dance mix needs a less dry vocal sound. Nevertheless, these CDs definitely show that Lisa is a versatile singer who can move between genres with ease.

The songs, arrangements and vocals are good even though this indie demo suffers from rather stiff drum programming. The same sampled snare hit placed at the front of the mix is a bit wearing, so try layering a different one on alternate beats for some dynamics and rhythmic variation. In contrast, the sloppy groove of the second song, 'Pebbles Fall Down On Me', works better because it has the rhythmic feel the others lack. A bit of an anthem with some well thought out lyrics, it was my favourite song on the demo. The guitars are well played but the acoustic sounds a bit thin and scratchy. While the vocal performances were good, too much compression has been added on mixdown, leading to some sibilance and a rather squashed sound. Try backing off the compressor a bit until the vocal sounds natural, but still dynamically under control.