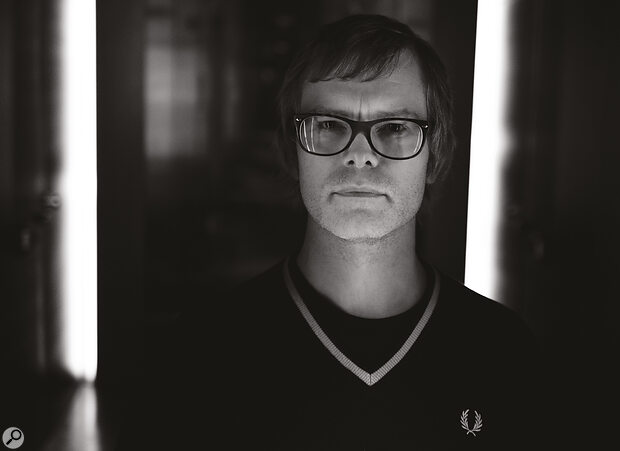 DJ, producer and remixer Dave Clarke meets a producer who’s been at the cutting edge of UK techno for more than 25 years.

In this short series, I’m interviewing three generations of pioneers who have shaped, are shaping, and will shape the future of electronic music. My goal was to not just find out about their studio techniques, but to dig a little deeper and work out what makes them tick creatively.

For the second interview I elected to talk to Surgeon. Tony to me, Anthony Child to the passport authorities, Surgeon comes from what I call the second generation of UK techno. He appeared around the mid‑’90s on Downwards, the Birmingham label started by Regis (aka Karl O’Conner, with whom he would later pair up with as British Murder Boys) and Female (Peter Sutton). Surgeon’s release was number four on the label and it instantly alerted me to his talent. It was the most bleeding‑edge, 13‑bit, razor‑sharp techno that I had heard from an artist in the UK, a true Peaky Blinder if you like (this will be my only Brum joke here). I was so impressed by its carnivorous bite that after meeting Tony at House Of God (HOG) — a club in Birmingham, UK named after a record that we both liked by DHS — I asked him to remix the B‑side of my Red Three track ‘The Storm’. It was the right decision.

HOG in Birmingham has been a hotbed for UK techno and was still going a quarter of a century later, until a Covid‑induced pause happened. How important was it for the formative part of your career? 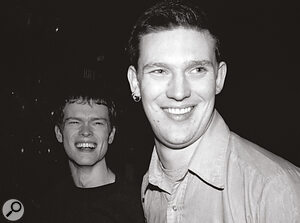 Surgeon (left) has been a resident DJ at Birmingham’s legendary House Of God since the mid‑’90s, when this photo was taken with co‑founder Chris HOG.Photo: Terence Donovan [Terence Donovan Archive]I remember sitting with Chris, the promoter of HOG, when he was trying to think of a name for the first night and I said to him, “What’s your favourite track? Let’s just call it that!” I’ve been a resident DJ for HOG since we started in 1993, and HOG has been going for 28 years now! None of us can believe it. It’s been a great lesson in the rewards of being stubborn. I think it’s lasted so long because it’s never been run in a professional way, in fact we celebrate how amateur it is.

HOG is key to who I am as a techno artist and especially my attitude as a DJ. There was always a really healthy competition between all the resident DJs at HOG. We never really played the same tracks. Whoever ‘found’ it first, that was their track and the others wouldn’t play it. The crowd at HOG has always been amazing. They make it what it is. They really want the DJs and live acts to push it further, go weirder. It remains one of the most inclusive crowds I play to. From the start HOG was always a place for the outcasts, the weirdos. We gave them a home.

What were your formative musical influences, and how did they feed into your signature leftwing approach to music production?

My early major musical influences were the Velvet Underground, Spacemen 3, Suicide, Faust and Coil. I was also really obsessed with the more experimental Beatles productions and traced a book called The Complete Beatles Recording Sessions that described everything they did in the studio. I remember spending hours recreating some of the tape loops with an old open‑reel tape machine. Another huge influence for me was a book called Composing With Tape Recorders: Musique Concréte For Beginners by Terence Dwyer. I read these books fervently whilst in a small village outside Northampton.

Looking back, I suppose the really...