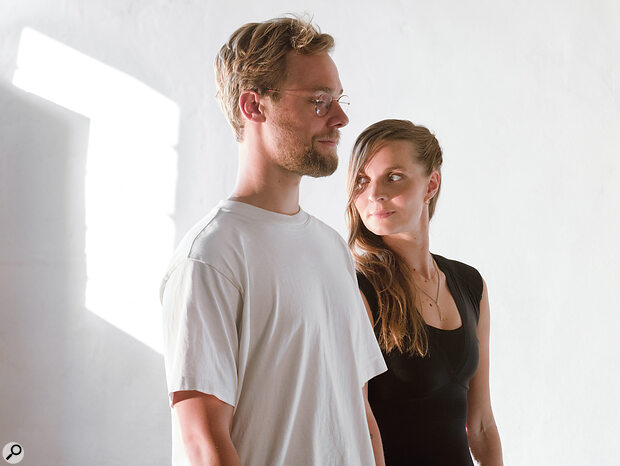 HBO’s Chernobyl exposed the horrifying story behind the 1986 nuclear disaster — and made a star of composer Hildur Guðnadóttir.

“We were in a room so vast that when you made a sound in there, you wouldn’t hear reverb,” says Sam Slater. “The sound just dissipated.” He’s talking about the Ignalina nuclear power plant in Lithuania, where he and Hildur Guðnadóttir went to record sounds and atmospheres for their Grammy‑winning score to the 2019 HBO/Sky mini‑series Chernobyl.

The successful duo likewise won Grammys for the score to the 2019 movie Joker, which also bagged Hildur an Oscar, a Golden Globe and a BAFTA. Hildur was born and grew up in Iceland, where she learned cello from an early age. She then studied and worked in Berlin, establishing a space in a studio built by a crew of experimental/scoring composers in the city’s Kreuzberg district. Sam is British, and studied Experimental Composition at Leeds University before moving to Berlin in 2013 to work with Jóhann Jóhannsson at the Kreuzberg studio. Appropriately, that’s where the two met. After all, they agree, studios are where most of the good collaborations start.

Hildur reckons there’s much to be gained from a close dialogue with your collaborator. “Specially big projects like the scores for films or TV series or computer games that we’ve been working on,” she says. “There’s so many different threads and angles and roads that have to lead in the same direction. There are so many places you have to look in the corners of. By their nature, these types of productions are huge collaborations between so many different departments. The sound and music is just one small part, because you also have the visuals, the costumes, the script, the cinematography. So to work in these kinds of projects, you really don’t have much choice — you just have to be able to collaborate.” 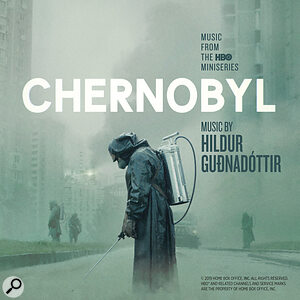 “We’re married, so we collaborate on life as a whole,” explains Sam. “But that wasn’t the case when we started collaborating together musically, and as we get better at that, I think sensitivity is the key word. It’s about understanding what the benefits of a collaboration can be — and whether it’s even needed.”

By way of example, he mentions some projects that Hildur’s working on currently. “And while I always love to be supportive if I can, in the current shape that they’re in, I’d just get in the way. In those cases it’s important to be sensitive to that and not let your ego dictate what to do. You have to know when to step back and recognise that the way to collaborate is actually not to participate this time.”

Their working collaboration began as a sort of composer‑producer relationship. “That was more to do with Hildur having all of these wonderful melodies and harmonies in her head, and me having a bunch of ideas to do with sound design, and how conceptual ideas for sound design can be used. We found some shared ground, specifically with Chernobyl, and then recently it’s been more of a composer‑composer relationship. But, you know, it’s a recipe for disaster if you insist on collaborating.”

In their collaborations, Sam handles the production and Hildur, as she puts it, has the space to sit and use her ears. They balance each other out, she explains. Not that Sam has neglected his own compositional work, which includes the score for the 2022 movie Guerrilla and his 2018 solo album Wrong Airport Ghost.

Hildur Guðnadóttir: "We wanted to go to the Ignalina power plant and capture its sound. We intended to use the building as an instrument."

For Chernobyl, says Hildur, “We had really strong ideas when we started the project that we wanted to go to the Ignalina power plant and capture its sound. We intended to use the building as an instrument.” Built along similar lines to the infamous Ukrainian plant where disaster struck in 1986, Ignalina is currently in the midst of a lengthy decommissioning process that began following permanent shutdowns of its reactors in 2004 and 2009. “We worked at Ignalina with Chris Watson, the field‑recording master,” Hildur recalls, “and we had a fantastic time with Chris. He’s a deep listener, which you don’t encounter that often. It’s a huge pleasure to go and listen to anything with him, really, let alone to record.”

She says they tried to capture the sound of the spaces at Ignalina without “activating” them too much. One particular star was an enormous door that provided some magical sonic gifts. “It had a whole symphony of sounds coming from it,” she says with a smile. “It had all these harmonics and things that were resonating wonderfully.”

Hildur, Sam and Chris had just six hours to complete their mission at the plant, much of which was taken up completing security clearances and putting on multi‑layered protective clothing. So the trio made sure they had open ears throughout their time there, as Chris deployed his double‑Mid‑Sides Schoeps array and a selection of contact mics. “So, there we were in the reactor room, and I’d never been in a space so large,” Sam says. “You don’t really have much of an opportunity to influence that kind of space interestingly. You need to be receptive to what’s going on in the space.”

They moved next into Ignalina’s vast turbine hall. “It made the reactor hall seem tiny in comparison,” Sam continues. “It was so long and so large that there’s a crane to move things from one end to the other. And all the while there were several thousand decommissioning staff in this factory, so there was so much for us to explore. There were tones, there were noise sounds, there were little melodies hidden in overtones, there were percussive ideas, there were things that acted as impulse responses. There was so much sound available if you got yourselves out of the way and concentrated on finding the right things. Really, we were sound hunters.”

Once they got back home to their base in Berlin, they began to sort methodically through the riches they’d captured. “Sam and I went gold digging through the material,” Hildur reports. “We microscopically listened to all of these recordings, many times over, and dug out what we could mould into musical clay.”

It took a good deal of patience and time to sit with many of the sounds in order to understand how they might use them in a musical context. “We began to realise we had enough material to build the whole score on,” she says, “and that was really exciting. I’d be sitting there with headphones and I’d be thinking ‘OK, now we’re at the fifth hour, 46 minutes, 20 seconds in, and right! There it is!’ So we’d dig that little sound nugget out and manipulate it — and very often it would be so high that we needed to pitch it down to an audible range, stretch it out, and mould it.”

Hildur: “We microscopically listened to all of these recordings, many times over, and dug out what we could mould into musical clay.”