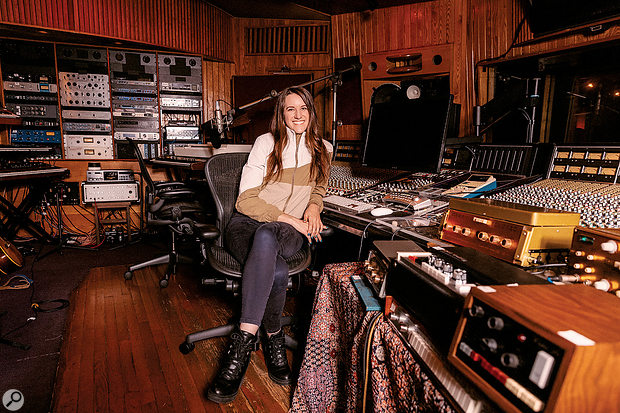 Her ability to balance the human and the technical sides of recording has made Laura Sisk one of the US's most in-demand engineers.

Remove noise, and at the same time you might be removing valuable intensity and intimacy. That's the conclusion Laura Sisk reached as she engineered the new Lana Del Rey record, Norman Fucking Rockwell. "A lot of the magic of this album is that listeners are hearing the parts pretty much as we heard them when they were first played," she says. "We used a lot of full takes, and we kept in and even added noise to the recordings." 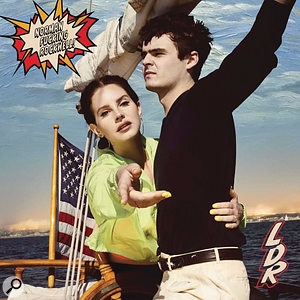 As with much of her work, Laura recorded the Norman album with producer Jack Antonoff. They've made records together with Taylor Swift — each collecting a Grammy for their contributions to Taylor's album 1989 — Lorde, St Vincent, P!nk and more. In a 2018 SOS interview, Jack called Laura "the unsung hero of all of this".

Getting In The Flow

At her musical-arts high school in California, the young Laura Sisk played piano and oboe, and became interested in sound. The band director was off sick for a crucial week when auditions for All State Honor Bands were being recorded, so Laura had no choice but to get her head around the school's ancient Roland recording system. "It ended up being really fun," Laura recalls. "And I realised as I was applying for colleges that maybe I didn't actually want to major in music — which is always what I thought I would want to do."

Instead, she applied for recording courses, ending up happily at Jacobs School of Music at Indiana University, Bloomington. "One of the questions I'd asked was: 'Where do your graduates end up, and what are they doing now?' Indiana had students all over the map: someone here mixing a Cirque du Soleil show, someone there making Nokia ringtones, someone else working on pop music, someone working in video — it was a well-rounded programme."

Another positive part of the curriculum was that students spend hours and hours recording, every semester. "There's an incredible music school there," she explains, "and the kids in the recording classes, about 50 or 60 total, are responsible for recording every single performance. That's classical, jazz, opera, massive big-band performances, ballets — three or four performances a day, all captured by recording students. It means the number of hours that you get just practicing is incredible. And there are studio classes, too, where you find local bands, bring them in, and figure out how to record them."

The stuff she learned back then still resonates today. "I remember my very first class where my teacher just sat down and yelled: 'Signal flow! Signal flow! Signal flow!' They hammered in the basics, so that you're comfortable troubleshooting, you're comfortable learning something new. It's Pro Tools-based there, but you come to understand how everything should flow — and then it's a lot easier to translate that when you want to pick up a new DAW or a new piece of gear. You come to realise that everything's kind of laid out differently, but it's all the same."

Laura interned at a few studios during the summer breaks and discovered she liked the studio life. Her first job after graduating with a Bachelor of Science in Recording Arts from Indiana came at the start of 2011, working full time with the producer John Hill at his studio in Los Angeles. Laura had just turned 21, and her new role proved a second round of hands-on education. The first week she was there, John asked her to crack open one of his mics that wasn't working and try to fix it, and she was working on sessions as soon as she arrived.

Laura worked with John on records by Portugal The Man, Shakira, Phantogram and plenty more. "There was a lot of opportunity for trial by fire and quick growth," she recalls. "We did so much stuff, and I'm so grateful for those years. John bounces around between genres, and when we first started working together he had a home studio, but we also worked at a lot of studios around town, and it was really cool to see all the different styles and setups at the studios in LA. Then we got to build out a couple places for him more specifically. He's got quite a synth collection and guitar...