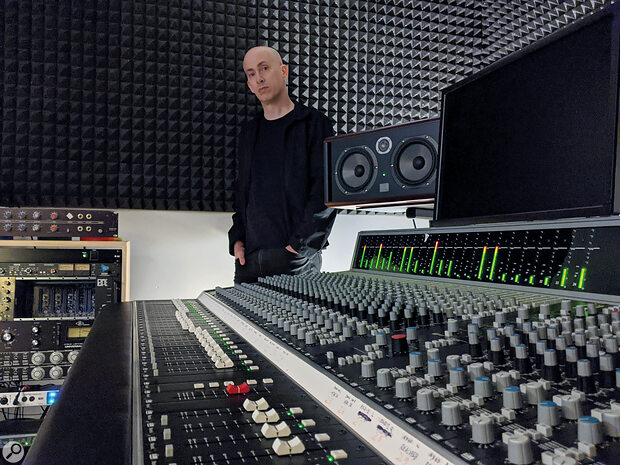 Every producer has their own way of doing things, and for Morgan Geist, the devil is always in the detail. In the 2000s, he and childhood friend Darshan Jesrani released music as Metro Area and became torchbearers for a new wave of electronic music that married disco sensibilities with techno proficiency. His 2010 track ‘Look Right Through’, released under the name Storm Queen, went to number one in the UK thanks to a remix by house music legend MK as part of a re‑release on Ministry Of Sound in 2012. But the original has its own place in dance music history nonetheless, and Geist’s knack for focusing on the essentials and eschewing superfluous effects or music‑production fluff is immediately identifiable.

“With electronic music in particular it’s so easy to keep adding things,” he says on a Zoom call from his apartment in Queens. “I like trying to have all the ingredients be able to stand on their own so I’m really into being brutal about not using things to cover other things. Everyone has their studio tricks, but I don’t want to add a delay because something’s sounding boring.”

Examine Morgan’s discography and you’ll uncover different layers to his sound, spread throughout the past three decades — but spread thinly. His work with Darshan as Metro Area formed the bulk of his output in the ’00s, alongside an impressive collection of remixes. Two solo EPs were self‑released in 2015 and 2017, on his long‑running and quietly influential label, Environ. Storm Queen, his most commercially successful project, debuted with ‘Look Right Through’ in 2010 and was followed up with a couple of singles the following year — then nothing until ‘For A Fool’ landed on chart dance titan FFRR in 2021 (A&R Andy Daniel deserves some credit for this one after asking Morgan to finish one of his unreleased tracks from 2010). His latest project is Au Suisse, a collaboration with an old friend Kelley Polar. A self‑described weird mix of ’80s pop and new wave, so far it has amounted to a series of singles and an album on Berlin label City Slang.

“I have a lot of music that’s unreleased,” Geist says. “I’m really picky about what I put out and sometimes it’s not the best plan because why am I saving it? I don’t know. I just think there’s so much music out there, I don’t really need to add to it unless I think it’s really worthwhile.”

An admirable sentiment, but it helps if you have an iconic back catalogue hit to keep the gravy train rolling between releases. While Metro Area earned Morgan and Darshan prestige and an admirable touring schedule, ‘Look Right Through’ had a seismic effect on his life. “Storm Queen is sort of a memory at this point,” he says. “But when I first did the records it was really intense, surreal and amusing, but it also left me melancholic. Obviously MK did an amazing job but at the same time it’s such a chance to have something like that happen, it’s like catching lightning in a bottle. I felt extremely fortunate, but at the same time, I didn’t think I needed to make something else that seeds on a commercial level. If it happens that would be amazing. It was a wild experience but it wasn’t what I was aiming for.”