Sounding Off By Nat Lentell

Can musicians hope to get a fair deal from copyright law when the legislation itself is so out of date? 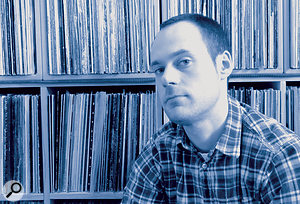 Late last year, in a popular East London venue, I watched from the crowd as A Tribe Called Quest's Phife Dawg interrupted their performance of 'Can I Kick It?' to announce something truly unexpected: "You know what? I hate that song. I never saw a penny from it. Not one. Lou Reed was like, 'Gimmemy money!'”

I was pretty taken aback by this: it seemed unthinkable that a member of one of the most important rap acts of their era would not have made any money from perhaps their best-known track. As many of you may know, 'Can I Kick It?' contained a sampled loop from Reed's classic ode to transsexual freaky-deakery, 'Walk On The Wild Side'. Few would argue that the former Velvet Underground man wasn't entitled to a cut of the cash, but the whole lot? That can't be right. After all, had his original work been defiled in any way? Would sales of the original work have suffered? Were Tribe really stealing?

Of course they weren't, yet current copyright legislation meant that Lou Reed or his lawyers could dictate any conditions they liked for the privilege of using that loop — even if that meant depriving the group of all the proceeds from their work. Tribe are far from the only act to fall foul of legislation never drawn up with sampling in mind, but widely applied nonetheless. As a fan of many of these artists who have been left with no financial reward for entire tranches of their labour, I felt compelled to challenge some of the claims about copyright that Paul Farrer made in his recent Notes From The Deadline column.

It is an inconvenient truth that intellectual property and physical property have never been equivalent in the eyes of law. To take up Paul's example of David Cameron's house (actually, his second home is a better example, as Number 10 belongs to the taxpayer), the deeds to this can legally be passed down through the generations forever. Copyright protection, on the other hand, has only ever lasted for a finite period. The estate of Sir Arthur Conan Doyle will, for example, have received nothing from the makers of recent big- and small‑screen adaptations of Sherlock Holmes. The rights and wrongs of that are, of course, debatable, but them's the breaks. It is also just plain wrong to suggest that the intellectual property owner's rights are being eroded, when, in fact, the polar opposite is true. Copyright legislation has only ever increased in its length and breadth of protection — and only last year, the period for which audio recordings are protected was extended from 50 to 70 years.

Before I go any further, let me state categorically that musicians must be paid for their labour. No music lover stands to benefit from turning the profession into an amateur pursuit. But Paul was barking up the wrong tree — musicians' rights to their work have never been greater. The trouble is that those rights were drawn up in a time well before samplers and media-less distribution existed. This has led to our present situation, in which the law is simultaneously discriminatory and near impossible to enforce. Raging against a small, non‑profit organisation of academics and activists for suggesting an opt-in alternative to the 'all rights reserved' standard is just misguided. Many of today's artists would benefit from some sort of legal update, so they could choose samples without first having to hire an army of music lawyers.

In my eyes, a far more appropriate target for such righteous indignation would be the many music industry executives who have too often behaved as if they were entitled to make a living using business models increasingly disparate from the ways in which fans wish to consume their products. Piracy is undoubtedly a problem, as it always has been, but sticking rigidly to laws that were drawn up solely with books and printing presses in mind isn't necessarily the best way to combat it. In my opinion, Paul Farrer was well wide of the mark; some fresh thinking on copyright law might not be a bad thing — just ask Phife.

Nat Lentell is a freelance writer and vintage sampler enthusiast. He can often be found hunting for unfashionable rap and obscure Belgian jazz in London's second-hand record shops.